It’s a popular Sunday night ritual here in Germany: After Tatort is over, most folks stay tuned in to watch Günther Jauch’s talk show. 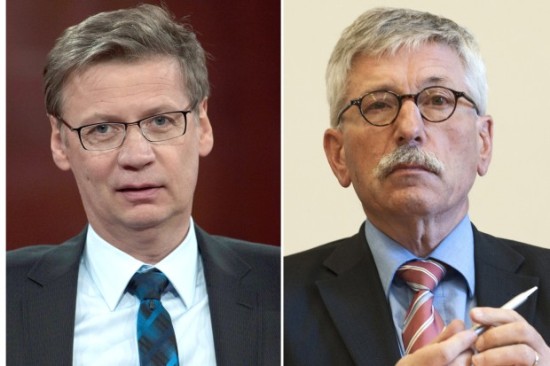 And another popular ritual here is to make sure to be empört (outraged, highly indignant) whenever you hear the name Tilo Sarrazin. The reason? This guy has the gall to 1) revel in being politically incorrect by saying out loud what roughtly 80 to 90 percent of the rest of the German population really (if not secretly) thinks and to 2) openly and shamelessly captialize on this by writing lucrative bestsellers about these horrid and despicable views.

His first Tabubruch (taboo breaking): “Germany Is Doing Away With Itself,” a book advocating a more restrictive immigration policy and the reduction of state welfare benefits.

His next big bestseller (to be plugged tonight): “Europe Does Not Need The Euro,” a book, well, the title says it all, doesn’t it?

Needless to say, the politically correct political caste is up in arms about tonight’s show already and is calling for a boycott and whatever else they call for in a situation like this and, well, let’s face it. Once you mix popular rituals like these together, live and in color, as the Germans like to say, I am convinced we’ll be getting Fernsehen vom Feinsten (TV at its best) tonight. All for all the wrong reasons, of course, but still.

No lasting gain has ever come from compulsion.