All of a sudden. For all of that five-year-plan-renewable-energy-turnaround-ideology-project-like-stuff in Germany, I mean. She is gone, señor. 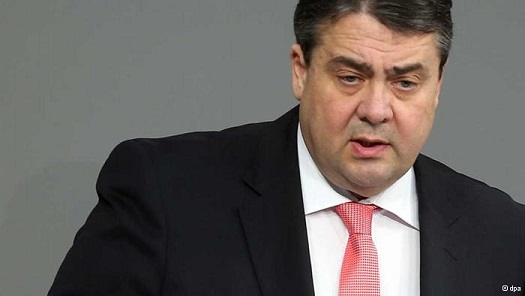 Or at least more and more German citizens are finally waking up and simply just aren’t prepared to keep on paying ever more for less and less of whatever it was that this so-called energy turnaround of theirs was supposed to be delivering.

That is why Superminister Gabriel (didn’t he used to sing with Supertramp?) is now urging (ordering) German parliamentary lawmakers to start cutting state subsidies for renewable energies – for German industry – because they are rich and capitalistic or something and are therefore evil (he’s an SPD Superminister) and haven’t really been milked properly for this one yet. And the po folks just aren’t willing to keep paying more and more, like I said [By the way, the S in SPD stands for “social” and everything with “social” in it means “free lunch.” Read Margaret Thatcher’s quote down there on the right if you want to learn more.].

Of course why the energy turnaround has to keep on turning around the way it does like this in the first place is the really interesting question here, I find, but certainly not one that anyone here in Germany appears to be willing to ask. At least not quite yet anyway.

Yup, renewable turnaround money has sure gotten tight around here these days. Not even a Swabian housewife can help out anymore.

“We need to break the dynamics of ever-rising electricity bills, while ensuring a stable supply of energy for all.”

There is not enough religion in the world to destroy religion.