The wonders never cease with this new Wonder Woman flick. For the first time ever, as far as I am aware of, a German has been cast as the bad guy. And here for a while I was worried that Hollywood was running out of fresh, new ideas and stuff. 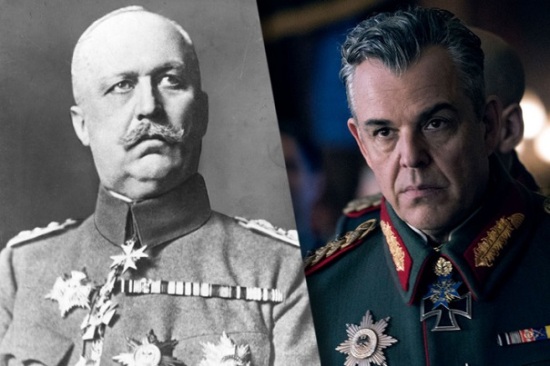 Worse still, this bad guy is based on a real German, General Ludendorff himself (I think it’s the guy on the left). He was a general, like I said, in the Imperial German Army who was apparently “ruthless, ambitious, and willing to do whatever it takes to win the war for Germany.” A real loser, in other words. I’m sitting on the edge of my seat already, folks. Do you think they might actually let them win this time?

By the way, Wonder Woman is also based on a real woman. But only very loosely.

The real Ludendorff has been credited for coining the “stab in the back” myth. After World War I, right-wing Germans believed that the Germans didn’t lose the war on the battlefield, but instead that they lost the war because other Germans betrayed them on the homefront

I pour moi think he’s the greatest. Weiter so (keep it up), Wolfgang!

Despite bitter opposition in many quarters to the austerity-first policies Germany has imposed on Europe’s poorer nations, Chancellor Angela Merkel’s government has hung on to its role as champion of integration on the Continent through deft use of diplomacy and the country’s economic clout.

But in negotiating a new deal this week to bail out Greece, Germany displayed what many Europeans saw as a harder, more selfish edge, demanding painful measures from Athens and resisting any firm commitment to granting Greece relief from its crippling debt. And that perception was fueled on Thursday when the German finance minister, Wolfgang Schäuble, suggested that Greece would get its best shot at a substantial cut in its debt only if it was willing to give up membership in the European common currency (they mean Grexit here, of course, they just don’t like to use the word).

Responsibility is the price of freedom.