It might not be as severe as bummed-out disorder or as sexy as burn-out syndrome, but bore-out looks like the kind of imaginary disease that might just be right up my alley.

Germans just can’t wait to get it, either. Although they’ll still have to.

Whereas in US-Amerika bore-out might describe a a situation in which an employee’s zest for work has been extinguished by an unchallenging rather than an unmanageable workload, German bore-out has been specially redesigned to affect early retirees and others like them who have spent their entire working lives looking forward to doing just that (retiring early or otherwise) and are now bored to tears.

Well, in the real world… Not at all. But here in Germany… 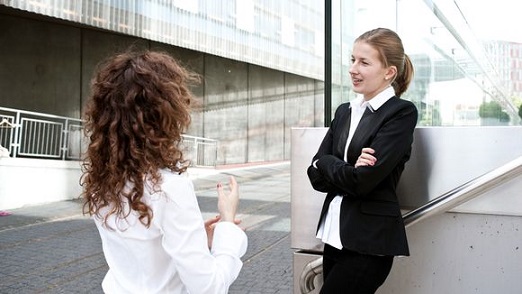 Employment minister Andrea Nahles (SPD) wants to review the situation to see if an anti-stress law can be introduced. The number of stress-related illnesses continues to rise in this country.

If this wasn’t so funny it would be serious. The problem is that nobody who reads this here is laughing. That makes this much more serious than I thought. Which isn’t funny.

And here you thought American soldiers had it bad. Put yourselves in a German soldier’s boots for once already.

It seems that the many Bundeswehr reforms taking place these days (they’re basically cutting the German army down to the size of a large police force which will never be used either) strain German soldiers way too awful much. Particularly “overtime and anxiety about the future” afflict them grievously, I read.

“It is an unprecedented test of severity” for these soldiers and their families, causing frustration, turmoil and exhaustion and… Burn-out! You know, another one of those imaginary disease imports custom-made for German society, or the lack thereof (Burn-out is very fashionable here these days. Just the other day a Bundesliga soccer coach threw in his towel quite publicly. A freakin’ soccer coach?).

And the punch line of this article (which I originally assumed to be of a satirical nature)? Not a word was mentioned about Afghanistan or any possible stress that a German soldier might be experiencing there. I guess that means that it’s less stressful to be a German soldier in Afghanistan than it is to be one back home in Germany.

Although it must be kind of stressful, or at least confusing, being a combat soldier in an army that never takes part in any combat operations even when it is in a war that isn’t really a war because this is Germany and being in wars, although having an army, is no longer provided for. Damn. Just thinking about that has me burning out already.