US troops arrive in Germany for ‘Defender Europe 20‘ military maneuvers – A massive trans-Atlantic military exercise has gotten underway with over 40,000 US troops and military vehicles expected to arrive in Europe. It is the largest US troop movement across the Atlantic in 25 years.

“If everything goes well, nobody will notice anything.”

Nobody wants to join Germany’s army.

Germany’s armed forces are struggling to attract much-needed recruits, with the number of new soldiers joining the Bundeswehr falling to an all-time low last year. The shortages are an urgent challenge for the German military, which has tried to boost its strength and capabilities at a time of record-low unemployment, and against fierce competition from both the private sector and institutions such as the police.

The need to build up the Bundeswehr reflects at least in part the recent pressure from the U.S. and other allies to raise German defense spending to 2 percent of gross domestic product, in line with a longstanding commitment given by all NATO members. Berlin spent 1.2 percent of its budget on defense last year, a figure that is expected to rise to 1.5 percent by 2024. Still …

For hair everywhere. Especially in the Bundeswehr. German court rules goth soldier must get a hair cut.

Sorry, pal. But a man’s goth to do what he’s goth to do. At least those cute Bundeswehr chicks goth off the hook…

The soldier, a member of Germany’s Gothic scene who wants to wear his hair long, considered the armed services law discriminatory because it allows women to wear long hair, but not men.

Men in previous ages wore their hair long, argued the 51-year-old who works in the defense ministry in Bonn. He said ancient, long-haired warriors were thought to have a particular masculinity, so he did not understand why only women were currently allowed to wear their hair long.

“Fashionable hairstyles are allowed, provided they are not particularly conspicuous in cut or shape, such as mohawk, ornamental or sidecuts.”

Why couldn’t German tanks take part in the competition?

Oh, I forgot. They’re all broken.

The idea of green U.S. Army M1 Abrams tanks with big white stars on their sides, huge American flags flying on top, and art on the hull depicting a turtle wearing a World War II-era tanker uniform, running over a pile of cars sounds like something straight out of a 1980s arcade game. But its actually a real scene from the annual Strong Europe Tank Challenge at the service’s 7th Army Training Command’s Grafenwoehr Training Area in Germany.

That means partly. You know, as in “Waffensysteme nur bedingt einsatzbereit” (weapons systems are only partly ready for action)?

Partly ready for action? Isn’t that like being kind of pregnant? Anyway, here are just a few things that don’t seem to be working in the Bundeswehr at the moment (this list changes continually, however – as in keeps getting longer):

Only 39 Of Germany’s 128 Eurofighters were able to get off the ground last year.

Only 26 of the older Tornado fighters were operational.

A full 16 of the 72 CH 53 transport helicopters were working.

Similarly, of the 15 Airbus A400M transport aircraft only three were operational.

But think of it this way: If the potential enemy doesn’t know which one of these war machines is actually working, wouldn’t that confuse the hell out of him? It’s kind of clever if you stop to think about it. So that must surely be why Angela Merkel will be keeping on her Gal Friday Ursula von der Leyen as Germany’s Defense Minister in the next great and grand coalition government coming our way. Girls are more tricky at this kind of stuff. I guess they have to be. 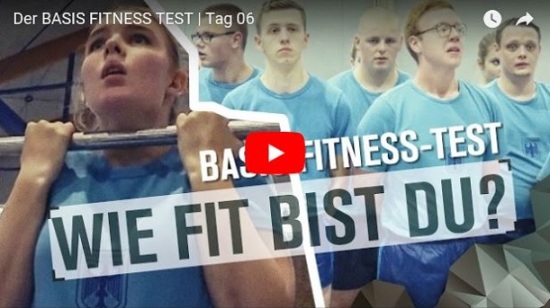 “Perhaps these will be the hardest three months of their lives,” says a deep-voiced commentator during the opening credits of the show, against a dramatic backdrop of silhouettes of the recruits, who have attracted a strong following on social media.

Financed by the German army at a cost of €7.9m (£7m), the show, consisting of daily episodes of four to seven minutes, is an attempt by the German military, the Bundeswehr, to attract new soldiers at a time when their numbers, following the abolition of conscription six years ago, are at a historic low.

The German army is shrinking fast. After a recent purge of right-wing extremists, left-wing extremists and now Islamists, the number of able combat soldiers the Bundeswehr keeps on hand to never actually use has dropped to a dangerously low level indeed. Below is a picture of the entire remaining German army in non-action.

“This has gone far enough already,” said one disgruntled spokesman for the pitifully anemic somewhat military-like force. “If they ever make us kick out the common criminals and other unsavory types we won’t have anyone left to not go to war with at all.”

More than 60 Islamists are suspected of sneaking into the ranks of the Germany army to undergo military training and carry out attacks in the country, it has been reported.

Over 400 German soldiers have filed applications for resignation from the country’s armed forces, leaving the other half to fend for itself all on its own.

“Combat situations are often revelatory moments in which the risk of a soldier’s career – of killing or being killed is often realized for the first time and then experienced in its full scope,” said a Left party Bundeswehr expert when interviewed about the matter.

“That the German army doesn’t ever experience any combat situations like ever at all (as in NEVER) is the really mysterious thing behind all of this,” said another unnamed expert who wasn’t even being interviewed. Or even asked, for that matter. Nor will he ever be, as far as I can figure.

I mean UFO as in Unimpeded Falling Object, by the way.

And first reports indicate that these eerie, extraterrestrial vehicles appear to be American made. I got your Area 51 for you right here, pal.

They have to. No more overtime will be allowed during regular wartime hours so get ‘er done quick, men. I mean persons.

The German military, once the most feared fighting force in Europe, is being forced to lay down its weapons by restrictive new overtime limits.

German soldiers taking part in a four-week Nato exercise in Norway earlier this year had to leave after just 12 days because they had gone over their overtime limits, it has emerged…

Under the latest reforms, in force since January, the military working week has been reduced to 41 hours and troops can no longer be paid for working overtime.

Everything has an end.