Not quite as dramatic, granted, but just like how Fukushima took down the nuclear power industry in Germany, all it takes is a collapsed highway bridge in Italy to suddenly put Germany’s bridge infrastructure in full tilt crisis mode. You gotta worry about something, after all.

The latest reminder of the risks of aging infrastructure came Tuesday, when a highway bridge in Italy collapsed, killing at least 35 people. Germany is also exposed. Its once-envied network of roads, bridges and railways are decaying due to decades of underspending. The country has fallen to 15th in road quality behind Oman and Portugal, according to the World Economic Forum’s competitiveness rankings.

This was gross negligence on the part of power supplier Vattenfall, if you ask me. And even grosser, uh, something for the guy who had to clean up the mess afterwards.

An innocent and relatively harmless rat was way too easily able to make his way through some little hole in the wall of a network power station place in Tempelhof today and cause a short in a 10,000 volt power line that took down the power for some 2,200 apartments and 170 businesses in the area.

Needless to say, this action took down the rat, too. We can only hope that it was clean, green energy that got him.

Remember how the Greens in Berlin shot themselves in the foot after elections last fall by sticking ever so stickily to sticky green principles by just saying no to a two-mile stretch of Berlin autobahn that everybody in town wanted but them? 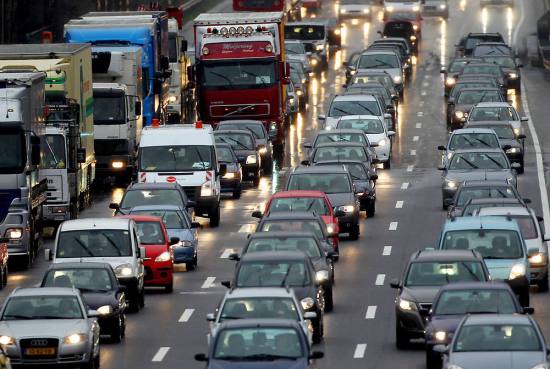 It was a stellar performance in reality check checking and how not to form a coalition government with the SPD even though everyone seemed convinced up until then that the Greens were either going to take over the Berlin city goverment completely or at least play a major role as junior partner (neither happened).

Well surprise, surprise. Green shirt ideologues what’s upstairs have now just okayed a working paper calling for a more offensive and quite massive expansion of the German autobahn system in West Germany. This is not a sell-out of green principles, however, not that you were even thinking that.

Ugly Americans of the Week

The ideal power with which we feel ourselves in connection, the 'God' of ordinary men, is, both by ordinary men and by philosophers, endowed with certain of those metaphysical attributes which in the lecture on philosophy I treated with such disrespect. He is assumed as a matter of course to be 'one and only' and to be 'infinite'; and the notion of many finite gods is one which hardly any one thinks it worth while to consider, and still less to uphold. Nevertheless, in the interests of intellectual clearness, I feel bound to say that religious experience, as we have studied it, cannot be cited as unequivocally supporting the infinitist belief. The only thing that it unequivocally testifies to is that we can experience union with something larger than ourselves and in that union find our greatest peace. Philosophy, with its passion for unity, and mysticism with its mono-ideistic bent, both 'pass to the limit' and identify the something with a unique God who is the all-inclusive soul of the world. Popular opinion, respectful to their authority, follows the example which they set.

Meanwhile the practical needs and experiences of religion seem to me sufficiently met by the belief that beyond each man and in a fashion continuous with him there exists a larger power which is friendly to him and to his ideals. All that the facts require is that the power should be both other and larger than our conscious selves. Anything larger will do, if only it be large enough to trust for the next step. It need not be infinite, it need not be solitary. It might conceivably even be only a larger and more godlike self, of which the present self would then be but the mutilated expression, and the universe might conceivably be a collection of such selves, of different degrees of inclusiveness, with no absolute unity realized in it at all.
- William James