They can’t hardly spy on Germans anymore, at home and abroad. With foreigners here it’s not much better. And now…

Sheesh. A lot of German spies are going to need therapy. And worst of all, it doesn’t really matter whether Germans do any spying or not, and they know it. Whenever anything real goes down the tip-offs always come from a “befreundeten Nachrichtendienst” (allied intelligence service) anyway. They never say who this service is because everybody already knows and they’d rather not talk about it. 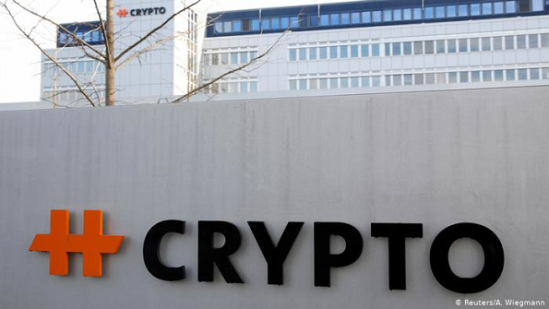 Germany doesn’t have many friends at all, I guess, because they’ve spied on just about everybody out there.

Report: US, Germany spied on countries for decades via Swiss encryption firm – Western intelligence acquired top secret information on global governments through their hidden control of an encryption firm, Crypto AG, according to media reports. Swiss authorities are investigating the allegations.

“The events under discussion started around 1945, and it is difficult to reconstruct them.”

So that at least explains why the Germans have been spying on us (as in U.S.) for years and years now.

Germany’s foreign intelligence service long spied on numerous official and business targets in the United States, including the White House, Spiegel weekly reported Thursday. The magazine said it had seen documents showing that the intelligence service, the BND, had a list of some 4,000 so-called selector keywords for surveillance between 1998 and 2006.

Or at least that’s what one intelligent German intelligence official said today. “We have a proven track record.”

“And we can monitor our own elections and watch out on our own for any disinformation spread by Russia, thank you. Without any American help, I mean. That’s because we’re offended. And we want you Americans to know that we’re offended. And you Russians, too. And the rest of the world, for that matter. That’s just how intelligent we are. So write disinformation down in a safe place somewhere and stick it where the sun don’t shine.”

Earlier this month, Adm. Mike Rogers, director of the National Security Agency, said the U.S. watched Russia hack into France’s computer networks during the country’s election. U.S. officials warned their French counterparts of the hacking before it became public.

Here in Germany, I mean. It is outrageous, unacceptable behavior and is damaging press freedom in Germany and abroad.

Like I said, outrageous. So where’s the outrage, folks?

Germany’s foreign intelligence agency, the BND, apparently spied on large numbers of foreign journalists overseas over the course of several years, including employees of the BBC, Reuters and the New York Times. Critics see a massive violation of press freedoms.

About the evil NSA spying on poor, defnseless Germany again?

“What’s new is that German intelligence not only used the NSA spy tools, but has also been involved in its programming for years.”

That means “through the entire line,” as in all down the line, or by all involved, in this case.

So, let’s sum up this Jaber al-Bakr case in Germany: First of all, you have a German intelligence service (BND) that isn’t in the position to know about this guy or his plans on its own – that evil US-Amerikan NSA had to give them the tip. Then you’ve got policemen who let this guy get away during their raid. After that he gets captured, tied up and turned in to the police by three Syrian refugees. And to top it off, the authorities then guarding him let him commit suicide in his cell.

All in all, some top-notch work. All down the line. By all involved.

It’s a little number they call “eight years of prison.”

According to German authorities, Reichel spied for both the CIA and the Russian secret service because he was bored, frustrated with his workplace environment and wanted to “experience something exciting.”

Just remember: “When you pay attention to boredom it gets unbelievably interesting.”

That means cute. As in funny cute. You know, comical? Like when little kids say something unexpectedly and unintentionally funny? Or, I dunno, like when Germans are completely shocked to find out that their spy agency actually spies on other folks, too?

After angrily upbraiding the U.S. for its electronic spying networks that targeted Germans, the government of Chancellor Angela Merkel has been rocked by two reports in less than a week charging that German intelligence targeted U.S. arms companies, the FBI, a top French diplomat, several international organizations and allied government departments, and even a German diplomat working for the European Union.

Our espionage doesn’t stink, right? “Spying among friends? That’s just not done.” But spying on their countries, NGOs and the Vatican? That’s a different matter.

Since October’s revelations, it has emerged that the BND spied on the United States Department of the Interior and the interior ministries of EU member states including Poland, Austria, Denmark and Croatia. The search terms used by the BND in its espionage also included communications lines belonging to US diplomatic outposts in Brussels and the United Nations in New York. The list even included the US State Department’s hotline for travel warnings.

The German intelligence service’s interest wasn’t restricted to state institutions either: It also spied on non-governmental organizations like Care International, Oxfam and the International Committee of the Red Cross in Geneva. In Germany, the BND’s own selector lists included numerous foreign embassies and consulates. The e-mail addresses, telephone numbers and fax numbers of the diplomatic representations of the United States, France, Great Britain, Sweden, Portugal, Greece, Spain, Italy, Austria, Switzerland and even the Vatican were all monitored in this way. Diplomatic facilities are not covered under Article 10 of Germany’s constitution, the Basic Law, which protects German telecommunications participants from such surveillance.

Your fear is 100% dependent on you for its survival.