Tesla’s German gigafactory held up by sand lizard – Court halts work cutting down trees because of conservation fears for the protected species.

This is how Germany works, folks. Or doesn’t work. Take your pick it’s both.

Some commentators have warned that the court decision to stop the forest clearance was a bad omen. Marcel Fratzscher, head of the DIW, a think-tank, said it highlighted the “heavy bureaucratic burden and high regulatory uncertainty, which make it costly and time-consuming for companies to realise investment projects” in Germany.

“German law is too often held hostage by vested interests so that Germany is at risk of becoming less attractive as a location for businesses,” he said.

“Like most Humans,” said Captain Kirk. “I seem to have an instinctive revulsion to reptiles. I must fight to remember that this is an intelligent, highly advanced individual, the captain of a starship like myself.”

This is a real German dilemma. How do you gracefully call in sick to stay home when you’re already home playing sick in the first place? OK, to avoid being sick. But still.

Coronavirus: Fewer Germans call in sick during pandemic – With many avoiding the doctor’s office and working from home during the coronavirus pandemic, the number of German workers reporting in sick has fallen to below average levels.

“After a record high at the end of March, the number of sick employees insured by TK dropped to a below-average level.”

PS: And this at a time when other folks refuse to call in sick when maybe they ought of sort of should.

Personally, I think it’s time to start talking about the 2-day work week. But that’s just me. I’m a visionary or something.

In the upcoming union talks, Hoffman said IG Metall would call for a wage increase for workers, despite the recession.

Demanding that the government get off their backs. 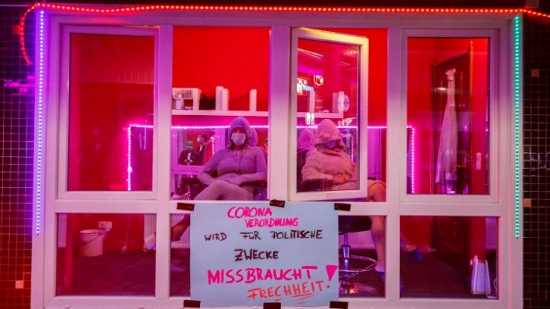 Prostitution is legal and regulated in Germany but the country’s brothels have been closed for almost four months due to the outbreak.

“Mouth-nose masks are already there. We went through everything carefully: we can also offer sexual services under coronavirus protective measures. We find it insulting and incapacitating if we are not trusted.”

Could 400,000 car industry jobs in Germany be lost? – The car industry is in apparent decline in Germany. Some estimates predict that half its 800,000 jobs will be gone by 2030. The industry disagrees with that estimate, but the road ahead looks bumpy.

It’s as if none of this Corona crap ever happened at all! 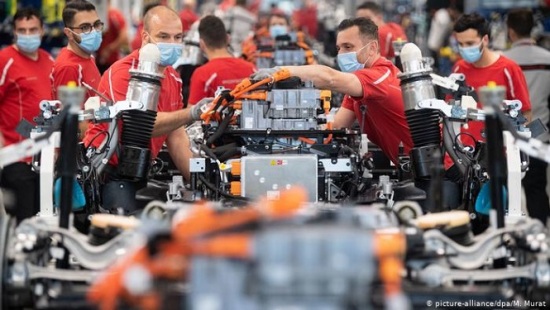 In a best-case scenario, the economy could recover in about five months, the institute said. This would result in a more mild economic slump of just 3.9% in 2020.

But in a worst-case scenario, the recovery could also take as long as 16 months. The economy could then shrink by 9.3% this year, with growth of 9.5% forecast for 2021.

That means to stop the clearing. Of trees, in this case. 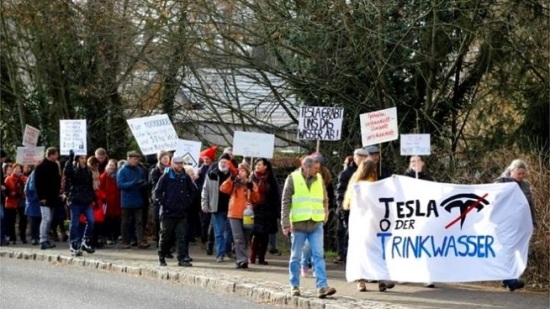 That this particular Rodungsstopp could also stop the construction of Tesla’s planned Gigafactory in Brandenburg – and what could turn out to  be the livelihood of 12,000 people – doesn’t seem to interest the greener than green politicians who have sought it.

According to local media reports, Tesla has promised to relocate colonies of forest ants, reptiles and bats, and is working with conservationists. Last month, authorities defused seven Second World War bombs discovered at the site.

Tesla currently has two Gigafactories in the US and one in Shanghai, China.

It’s not just in the United States that standards in education must remain, uh, flexible. 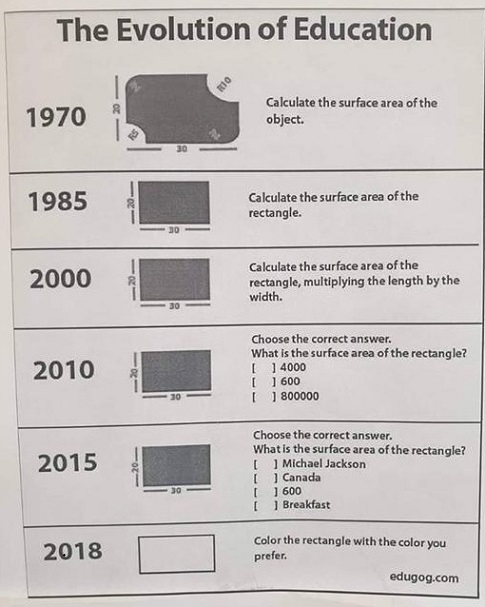 Germany has to keep adapting its standards too. Take Germany’s federal cops. Please.

Germany to lower language requirements for federal police recruits – Facing a shortage of recruits, authorities have reportedly had to “adapt” their standards for the current generation.

In a bid to fill thousands of new positions this year, Germany’s federal police (Bundespolizei) has lowered requirements for recruits, according to a media report published Monday.

The newspapers of the Funke Media Group reported on the changes, noting that physical fitness requirements as well as the language level in exams have been changed.

“We must adapt to the societal changes of young people with relation to the mental and physical requirements for the police profession.”

That means a shortage of skilled specialists.

And Angela Merkel HERSELF has warned Germans of a possible exodus of businesses from Germany if nothing is done about this acute problem.

Doesn’t really make sense, though. She brought around two million skilled specialists into the country not all too long ago, or at least that’s how the German media and others painted it. And some 200,000 skilled specialists keep pouring into Germany each and every year. Surely there must be some misunderstanding here somewhere, some disconnect.

And German industry in general. They couldn’t laugh off Tesla. Now the punches are coming in hot and heavy.

German Industrial Job Losses Top 80,000 With Daimler Cuts – Germany’s economy may have narrowly avoided a recession, but the pressure on the country’s industry shows no sign of abating.

Daimler AG said this week it will shed 10% of management positions at its Mercedes unit, lifting the tally of job cuts announced this year across Germany’s manufacturing sector to more than 80,000, according to Bloomberg calculations.

Companies from Volkswagen AG to Siemens AG are letting workers go as Germany’s powerful automotive industry struggles with a shift toward electrification and self-driving cars, and makers of machinery and robots are hit by slower exports and trade disputes. Makers of well-known German products such as Meissen porcelain and WMF kitchenware are also trimming their workforce.

The hallmark of insecurity is bravado.