German auto sector could drop as much as 12% if Trump announces tariffs, analyst says.

Gee, I wonder if there is anything the Germans/Europeans could do to prevent that from happening? I dunno. How about like maybe lowering their tariffs? Just thinking out loud here, people.

Trump has until Friday midnight (Washington time) to decide whether to impose duties on car imports. This would likely hurt Germany, the EU’s traditional growth engine, given that it is one of the largest direct car exporters to the U.S.

“If indeed we get U.S. car tariffs on imports from the euro zone — not just their announcement, you could forget our economic forecasts completely. No chance of a sustained pick-up in activity throughout the second half as we expect.”

A trade war between the United States and Europe is coming and the fallout could tip Germany into recession, according to analysts at German lender Commerzbank…

Official German statistics supplemented by the bank’s own research show that in 2018, the United States was the top export destination for German cars, accounting for about 12% of the total with a value of 27 billion euros of parts or finished vehicles.

The bank estimated that a Trump-ordered tariff increase of 25 percentage points on EU auto imports would slash that figure for Germany down to around 14 billion euros per annum.

When factoring in how much of that export figure is actual German “added value,” the bank estimated that total economic output for the country could fall by around 0.25 percentage points.

“All the more dangerous in a situation where the German economy is only just managing to avoid a recession,” it read.

That means deficient. As in the deficient quality of the oil being imported to Europe via a Russian pipeline – this import having now been suspended by Poland?

That means Germany can’t get the oil, either. It’s not like Germany’s dependency on Russian gas and oil is deficient, however. That’s as high a quality dependency as you can get.

Germany and Poland have suspended imports of Russian oil amid contamination concerns, prompting a rare crisis over supply from the world’s second-largest exporter.

The sudden suspension of imports from the Soviet-built Druzhba pipeline, which runs from Russia via Belarus to central Europe, risks starving major European refineries of their major source of crude.

The U.S. Commerce Department is set to meet a Sunday deadline to deliver its recommendations to President Donald Trump on whether imported vehicles and parts pose a national security risk, and to outline options on how to address the issue, officials said on Thursday.

Trump has urged the EU to drop its 10 percent tariff on imported vehicles. The U.S. passenger car tariff is 2.5 percent, while it imposes 25 percent tariffs on pickup trucks.

What? That was it? No more trade war hysteria? Just when it was starting to get interesting? What Luschen (duds). 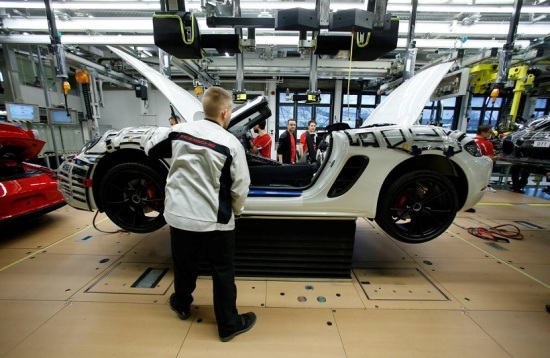 The Wall Street Journal reported that Richard Grenell, the U.S. ambassador to Germany, has been in talks recently with the chief executives of German car makers BMW, Volkswagen and Daimler, where they pitched the idea of ending car tariffs between the U.S. and the EU.

During these talks, the executives said they would be in favor of scrapping these levies as part of a broader deal encompassing industrial goods, the Journal said.

“Germany has the right approach to resolving this trade disagreement among friends.”

Trump is right about trade and Merkel needs to do something about it, former German state secretary says.

In early March, Trump started by implementing tariffs on aluminum and steel imports — measures that did not represent a big impact for China, but did for countries like Japan and potentially Europe too.

Germany has also faced international criticism for its trade surplus, which means its exports outweigh its imports, as some see it as unfair, imbalanced and a cause for protectionism elsewhere.

“Germany is really out there as the main culprit, so to say, because Germany has the highest surplus, much higher than China in terms of GDP… Germany has to do something against it, that’s absolutely clear,”

Uh-oh. All bets are off now. I may have found a German economist who is willing to take an unpopular stand and defend certain aspects of the Trump administration’s policy. Unpopular? Sacrilegious is more like it, right?

“On one side there’s the EU with a trade surplus that is mostly supplied by the huge German surplus. On the other side is the USA that has been living with deficits for 30 years. Germany is the world’s largest surplus country and the USA is the world’s largest deficit country. The trade practiced between these two national economies may be free but it is not efficient. This criticism of the German undervaluation strategy – that is, the relatively weak salary increases combined with a weak euro – has been around since presidents Bill Clinton and Barack Obama. Politicians in Congress have warned about making trade deals with notorious surplus countries. Trump is just the first one to do anything about it.”

“Every country can do whatever it wants – but not when it is part of a currency union in which there are no exchange rates that could be adjusted. Germany procures an advantage in global trade not just due to the quality of its products vis-a-vis its EU partners, the USA and other countries. In the past 15 years salaries in Germany have remained far behind productivity. We gain advantages over other national economies through wage dumping.”

“Will the punitive tariffs have a real effect on the German economy? Not so quickly. They have just been little needle pricks up until now. But if the EU now pursues the loud-mouth announcements made by Commission President Jean-Claud Juncker and reacts with its own punitive tariffs it is possible that the USA’s reaction will be more massive. Yet Trump is merely following a very simple rule here that no one in Germany wants to believe: The losers in such a trade conflict will be the trade surplus countries and the winners will be the deficit countries.”

It’s one of those nasty little family secrets nobody wants to talk about (there are lots of those here in Germany).

Or, in this case, nobody is allowed to talk about it because the world’s largest publicly funded (force-funded) news broadcasters are run by the German government.

Addiction can be successfully combated, however. Or so I’ve been told. Although in this particular case it would take a whole lot more than twelve steps to get through.

Already Europe’s biggest gas user, Germany gets about 40 percent of what it consumes from Russia, the world’s largest exporter. That dependence is only going to increase by 2025 to more than 50 percent, especially with output from the Netherlands, Germany’s western neighbor, set to drop in coming years.

That sounds a bit like King Kong but actually means king customer or the customer is king, if you prefer. And it’s nice to be the king, as you well know.

For decades, France was the single biggest importer of German goods. But that’s changed now. The United States has taken the pole position among clients for “Made in Germany” goods for the first time.

PS: But thank goodness Germany still has its trade with ten foot tall China, too.

It means “change through trade” and applies of course to German trade with Russia. And that policy certainly seems to be working great these days, don’t you think?

There’s more Wandel going on in Russia (and in what’s left of a certain country bordering it) than even the Germans can Handel.

Sanctions and other measures must come step by step, giving Mr Putin chance after chance to stop further escalation.