Sure, they claim it’s for being the Bad Guy Party, for trivializing Germany’s Nazi past but that’s just vorgeschoben (a pretext). They’re stealing their votes by literally offering German voters an alternative. That’s against German political party line. And just so you know, the evil AfD is the largest opposition party in Germany by far.

But hey, at least half of the citizens of The Banana Republic of America are suspected of being insurrectionists and white supremacists and are under surveillance already so go with the flow, right?

Germany Expected To Put Right-Wing AfD Under Surveillance For Violating Constitution – “This agency has the power — and not only to do surveillance on fringe groups, domestic terrorist threats, but also to keep an eye on any political institution, like a political party.”

Who lose, I mean.

The nerve or something. “The Hahner twins Lisa and Anna ended their Olympic marathon race more than 21 minutes behind the winner and more than 15 minutes on their best performance, in position 81 and 82. It looked as though they completed a fun run and not an Olympic race.”

You’re supposed to win, verdammt (dammit)! Stomp the opponent under your Nikes or whatever Olympic athletes wear at a time like this and NOT come across the finish line holding hands and, well, smiling. It’s attitudes like these that make the Olympics seem as if it were supposed to be some kind of an uplifting experience, symbolizing the joy of participating and sharing, a rare occasion when all of humanity comes together as one. You know, fantasy stuff like that.

You want some German of the day, ladies? How about Sieg? You make us Sieg to our stomachs just looking at you. Losers!

“Number 81 and 82 was definitely not what we had hoped for. Whether we are satisfied? No. But crossing the finish line was nevertheless one of our greatest sporting moments.”

It’s new, it promotes competition, it has something to do with the Internetz and it’s American. It just has to be verboten. 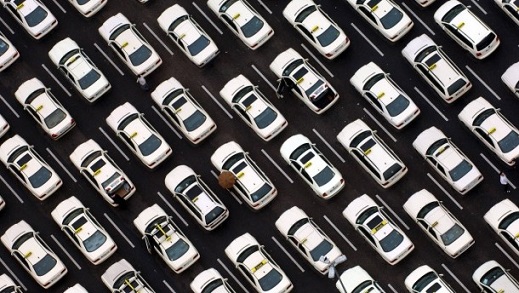 The ride-hailing service Uber is about to have a head-on collision with Germany’s taxis and legal system. A court in Frankfurt has banned Uber’s most popular service from operating in the country until a hearing this year on whether it unfairly competes with local taxis.

It’s like this: Whatever is not expressly permitted in this country is strictly forbidden.

PS: Or maybe everyone’s pissed because they spelled Uber wrong?

The Reinheitsgebot may be “intangible” here, but the beer behind it sure isn’t. 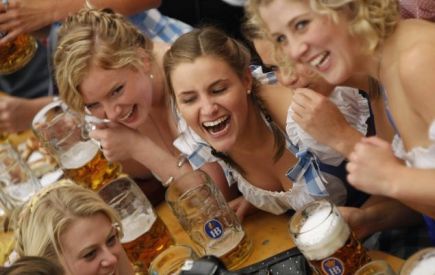 German beer brewers have applied to Unesco for their Reinheitsgebot law to join a list of “intangible heritage” that includes Spanish flamenco and Turkey’s Kirkpinar oil-wrestling festival.

Are the blue helmets on the way yet?  Blau also means drunk in German, by the way.

But, as Simpson points out, the Reinheitsgebot law’s inception wasn’t about purity. “It was created to free up the baking grains so that there was less competition with the bakers,” Simpson said. “The bakers were up in arms because they felt the brewers were taking all the grains so the Reinheitsgebot restricted the grains that the brewers could use to malt, strictly malted barley.”

Reproach is usually honest, which is more than can be said of praise.