I know, the EU’s bureaucratic hive mind says, let’s add another broke country to see how that doesn’t work then either.

Concerns Rise as Bulgaria Prepares to Join the Euro – Bulgaria has significant problems with corruption and money laundering. Nevertheless, the European Union is prepared to accept the country as the next member of the eurozone. Many fear that might be a bad idea.

You can checkout any time you like. But you can never leave.

Are German tourists still welcome in crisis-battered Greece? “Definitely!” insists the travel board of Europe’s top economy, which nevertheless issued a few words of caution Thursday.

Protracted talks on Greece’s debt crisis may have driven up tensions with Europe’s paymaster Germany but visitors can still count on a warm reception, the German Travel Association (DRV) said.

But what if Greece should default on its loans, exit the eurozone and reintroduce the drachma? Fear not, the DRV said. “There would only be a limited impact on holidaymakers, particularly those on package tours. Flights, hotel stays and bus transfers are bought and covered by contracts.”

Like, duh. Because they’re the ones who have it all.

In other words, the German tendency to settle up in cash undeniably reflects the fact that for much of the last century, Germany has been either on the brink of, in the midst of, or struggling to recover from, disaster. And traumas like that are bound to leave, if you’ll excuse the pun, a mark.

The United States reprimanded Germany on Wednesday, saying its exporting prowess was hampering economic stability in Europe and hurting the global economy…

Germany’s economic policies causing global instability? That would be nice and all but I smell a rat here somewhere. Although I must say that when it comes to instability, global or otherwise, I would certainly always take our current administration’s recommendations very seriously. They sure seem to know what they are talking about these days.

I don’t believe in prophets. I’m very skeptical when it comes to economists of all flavors, too.

But when looking around at what’s going on here in Europe these days and considering how even the Spiegel itself now warns us about investors preparing for the euro collapse, I can’t help but wonder if Milton Friedman didn’t have a functioning crystal ball after all.

“There is no historical precedent for such an arrangement (the euro). It involves each country’s giving up power over its internal monetary policy to an entity not under its political control. Such a system has economic advantages and disadvantages, but I believe that its real Achilles heel will prove to be political; that a system under which the political and currency boundaries do not match is bound to prove unstable.”

But which one is Gary Cooper? 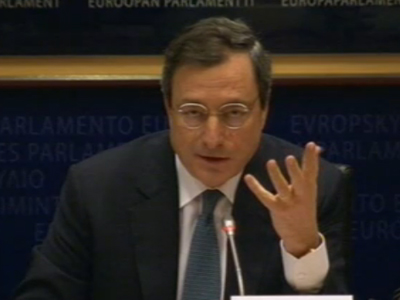 Big spending Mario Draghi, the European Central Bank boss who is shooting for the outright central-bank purchase of European sovereign debt, or lonely Bundesbank chief Jens Weidmann (and pretty much the rest of conservative Germany) who is gunning to resist such a move as it would “dilute debt-laden governments’ incentive to reform, and lumber the central bank with too many risks and responsibilities, endangering its independence and credibility.”

And more importantly, who is Grace Kelly here and where is she when we need her?

“I will do whatever it takes to preserve the euro.”

Europe Doesn’t Need the Euro? Another religious tract to study on Sundays.

All of this is kind of like religion, don’t you think? First you’ve got some prophets who come out of the wilderness (the political class preaching the virtues of the euro, come hell or high water), then what they say gets labeled as heresy by the faithful (by the “man on the street” who wants to keep his deutschmark), then the euro faith overcomes this persecution, establishes itself as the true universal teaching and becomes orthodoxy. Then the next voice out of the wilderness comes along and the game starts all over again, etcetera and so forth already. 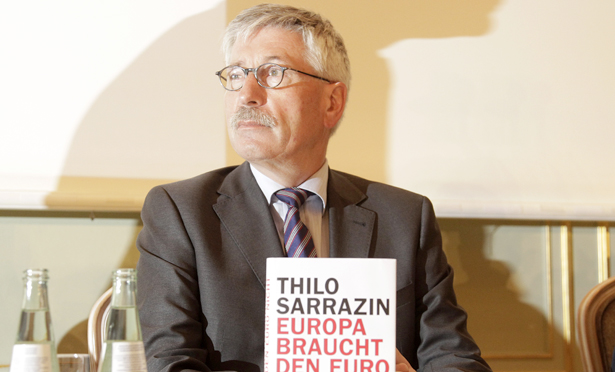 Don’t get me wrong, I don’t beleive that Thilo Sarrazin is a full-fledged prophet or anything (I just think he wants to make a buck, I mean euro). But he’s not a full-fledged heretic, either. And that’s something the euro high priests could never admit to.

The euro, in Sarrazin’s view, is just the old German deutschmark extended to a lot of countries with less robust currencies.

Germany, in other words, is being used as a guarantor of other countries’ debts.

“The German political class bet that the political union would follow shortly thereafter almost as a matter of natural law, because without that the common currency wouldn’t be stable. That bet has failed.”

Germans are hostage to their sense of not wanting to be responsible for Europe’s failure.

Germans are hostage to their sense of historical guilt.

“Pro-euro Germans are driven by that very German reflex, that we can only finally atone for the Holocaust and World War II when we have put all our interests and money into European hands.”

“Angela Merkel to like the friendly woman on the navigation system in my car.”

Won’t buy you what it used to. 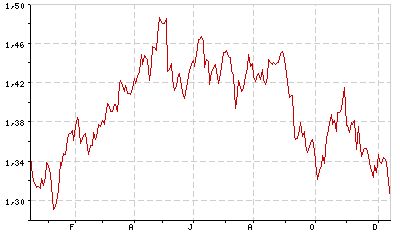 Remember when the (place your favorite currency here) used to be worth something? I guess it’s the euro’s turn now. Hey, what goes up must come down, right? There must be something going on in the euro zone these days or something.

Are we having a Reichseuro yet?

“Conceived as a tool for integrating Germany into Europe, and preventing Germans from dominating others, it (the euro) has become the opposite.”

Germany’s neighbors and allies are growing increasingly concerned about Berlin’s foreign policy direction. Some even fear that efforts to export its fiscal ideas could mean the prosperous country has lost sight of the European idea. Or worse yet, that it wants to dominate the currency union.

You will save until it hurts, I tell you! Sign ze papers old man!

At least when it comes to Germany’s interest in benefitting from currency troubles, I mean. Hey Greece, Ireland, Portugal, Spain, Italy… Stay hard-up or shut-up.

”The key principle of German economic policy was to persuade the French and Italians to lower the value of the D-mark so as to make Germany more competitive.”

“The Berlin government’s intransigence over the debt issue, while politically understandable from a German point of view, seemingly pays little heed to the realities of the euro economy, which are heavily tilted towards Germany.”

“In pre-EMU days, if the German economy were growing at an estimated 3.7% as it is this year, the German currency and interest rates would both come under upward pressure – damping exporters’ performance and the growth outlook. Now, however, with all EMU economies shackled together, and devaluation an impossibility for the peripheral countries, the hard-up states have nowhere to hide. Germany continues to profit from excellent export performance — and it can self-righteously point the finger of blame for the euro area’s woes at those debt-ridden peripheral states.”

The first panacea for a mismanaged nation is inflation of the currency; the second is war.