It’s just like the Dead Rat Bounce. I mean Cat. Only smellier. And not as bouncy.

On the eve of President Joe Biden’s trip to Europe, the survey by the German Marshall Fund and the Bertelsmann Foundation said he had not won back the standing of the United States as it was before COVID-19 struck. China’s reputation had risen slightly…

Sorry. I meant as the “Brexit effect” fades, of course.

German ‘naturalisations’ fall as Brexit effect fades – The number of foreigners who obtained German nationality last year fell by 15% to 109,900, and half the decline was due to fewer British nationals becoming citizens of Germany, the Federal Statistics Office said on Wednesday…

Or Hero the Zero, if you prefer.

German of the day: Perfektionismus. That means perfectionism. But what it really means here in Germany these days is something else altogether. The Germans are now perfect at getting everything wrong. The days of German perfectionism are long gone and they are reminded of it daily.

Heroes to zeros: how German perfectionism wrecked its Covid vaccine drive – The same thoroughness that made Angela Merkel’s government a pandemic role model is now holding it back.

This time Angie let Brussels handle the vaccination planning, like a good European. BIG strategic blunder. That blew up in her face big time. But she can never get it right, really. The Germans are damned if they do (as in do it alone), damned if they don’t. 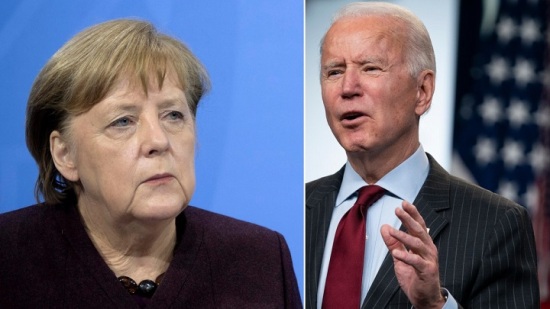 And it’s because of you, Germany. Not the Orange Man.

The German trade surpluses remain. And remain they will.

The promised German defense spending levels for NATO have still not been met – nor do the Germans have any intention of ever meeting them.

The Nord Stream 2 gas pipeline, Germany’s going it alone with Russia (going it alone – Alleingänge – is something Germans regularly swear up and down they will never ever do again), will still not be accepted by the United States – or from most of Europe, for that matter.

Dollar signs in German eyes make it overly eager to allow Iran to do anything it wants to continue it’s nuclear program (a country openly calling for the destruction of Israel).

Germany forced the European Union to complete an investment deal with China – Germany’s largest trading partner – without even bothering to consult the incoming American administration. Nor does it share everyone else’s concern about allowing Huawei to provide the German 5G network.

To name just a few.

How did someone once put it?

“The Germans are very, very bad.”

Germany’s COVID management: World wonders what’s gone wrong – A year ago, Germany was effusively praised for its coronavirus response. Nobody would think to do that now. If anything, the international view today is a mixture of astonishment and schadenfreude.

As reported earlier… “Germany is the architect of the European failure because Germany and Merkel were behind pushing for the European process that was a failure from the beginning.”

Europe “ought” to work. But it doesn’t. Then the real world bites back.

By wanting to protect its citizens from incompetent, unelected European bureaucrats. 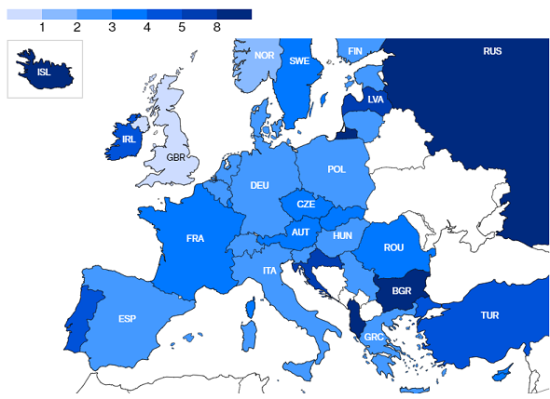 That’s not very nice. What about European solidarity or, whatever they call it these days? We should all die at the same rate. Equally. I know: We’ll call them rotten Nazis!

Merkel Ally Urges Germany to Circumvent EU on Covid Shots – A senior member of Angela Merkel’s conservative bloc took a swipe at the chancellor’s vaccine strategy, calling for Germany to purchase shots at the national level because the European Union is too slow.

At the current rate, Germany will need 2.8 years to inoculate 75% of the population with a two-dose vaccine.

With about 100 kilometers left to go?

That would be so beautiful man but something tells me Angie Merkel might just dig in her big heels on this one. If you didn’t already know: Nobody in Europe wants this thing, folks. Nobody except Germany and Russia, so I guess it’s going to happen.

France presses Germany to ditch Nord Stream 2 over Navalny France has urged Germany to scrap a major gas pipeline project — Nord Stream 2 — with Russia. EU members are considering sanctions over the detention of Alexei Navalny and a crackdown against his supporters.

“It’s a decision for Germany, because the pipeline is in Germany.”

New cases in Germany climbed to a fresh high, while unprecedented numbers of Covid-19 patients are in intensive care in Belgium…

Germany registered a record increase in new cases, days after the government imposed the toughest restrictions since a national lockdown in the spring.

Europe’s biggest economy had 31,480 new infections in the 24 hours through Thursday morning, bringing the total to 608,611, according to data from Johns Hopkins University. The figures have fluctuated wildly in recent weeks, with daily infections falling to the lowest in almost two weeks on Wednesday.

A majority of 11,000 residents across five countries in Europe—Germany, Italy, Spain, France and Great Britain—say they are watching the U.S. presidential election closely, and are very much in favor of Biden taking the White House Tuesday. The BVA pollster group found Germans are watching the U.S. contest most carefully, with 85 percent saying they are very interested in the the November 3 outcome compared to about 70 percent in the other four nations.

Only 8 percent of Germans said they would vote for Trump if it was them casting ballots across America in four days.

Remember: Corona only spikes in the United States because, well, we do everything wrong.

Not so in ze Europe. Take Germany, for example. They’ve done everything right so far (face masks, social distancing, strict restrictions, etc). The Germans even did a big lockdown already, just a few months back. And now, because the first lockdown worked so well and was so much fun, I guess, Germany is going to lockdown again. Only this time they refer to it as a “lockdown light.” Light as in restaurants, bars, hotels, gyms etc. will no longer have any guests and professional sports events will be held without spectators. And everybody stays home, of course. Sound vaguely familiar? It should. It is. But maybe this light lockdown will be more effective than that heavy one they did first. It’s all a question of having a positive attitude. Something Germans are world famous for.

Germany to go into circuit-break lockdown as coronavirus surges – Germany will impose an emergency month-long lockdown that includes the closure of restaurants, gyms and theatres to reverse a spike in coronavirus cases that risks overwhelming hospitals, Chancellor Angela Merkel said on Wednesday.

I don’t objectify women. I’d like to think that I’m optimizing their hardware.