I mean, the Bundestag. Some kind of tag. And maybe burn it down or something too. Been there done that, you know?

That’s why they are increasing police protection there. Looks like up to a dozen more cops or so. Wow. You can never be too careful when it comes to Trump supporters, after all. Here in Germany.

By the way, Trump supporters already stormed the place back in August only they weren’t Trump supporters so there was no moral outrage or hand-wringing concern at that time. Sensibilities can change though, I guess.

Disturbed about Moscow’s plans to have hordes of young Russians storm the German Reichstag, concerned politicians in Berlin wish to stress that this could led to a dangerous militarization of Russia’s youth. 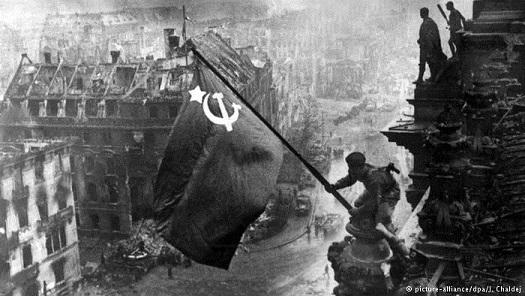 “Friends just do not storm friends,” one top official said, also noting that a new attack upon the German capital would only contribute to a further deterioration of Russia’s relationship with Germany, a relationship that is growing increasingly estranged at the moment. Russian politicians could not be reached for comment as the Russian capital has been moved to a secret location due to fears of an imminent German youth attack.

“Oh, this Reichstag is in Russia somewhere?” another top official asked later, finally figuring out that this is all just a big game. “That’s pretty deplorable, too.”

The replica of Berlin’s historical Reichstag, which has housed the seat of Germany’s parliament since 1999, will be built in “Patriot Park” and be used by the Russian youth movement, called “Junarmija”  or “young army.”

That means “the miserable remnants” and that’s what singer-songwriter and former East German dissident Wolf Biermann just called SED leftovers the Left Party today at a ceremony commemorating the fall of the Berlin Wall. To their faces. In the Reichstag itself.

Somebody’s got to remind folks about this now and then. Not that anybody here cares…

Austrian authorities have arrested an alleged Islamic extremist who had undergone flight training and was plotting to target Berlin’s parliament building by hijacking a passenger plane. 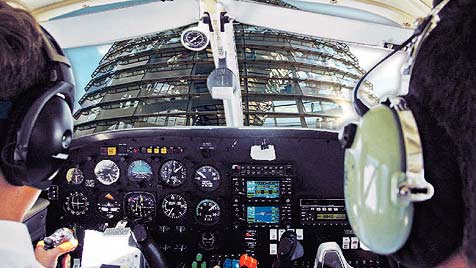 Not terribly original I know, but it’s the thought that counts.

This just doesn’t make any sense to me. Islamic convert or not, I have a hard time believing that anyone from Austria could ever disrespect an historic institution like the German Reichstag.

Germany has so far escaped a major terror attack, but several terror plots were foiled in their early stages over the past few years.

PS: “Germans are said to be correct, tidy, fast-speaking people, traveling around the world with sun-burnt faces, big cameras around their neck, drinking a lot of beer and eating sausages. Austrians, on the other hand, are considered slow, and described as placing great importance in coziness, eating fat food like Schnitzel, drinking Austrian wine, riding on white horses called Lipizzaners and singing beautifully like the famous Viennese boy choir, the Sängerknaben.” And flying airplanes into the Reichstag.

“For years, Germany did little to stem the flow of its nationals to jihad training camps, believing its decision not to participate in the war in Iraq meant it was off the jihadist radar-screen.

Western intelligence officers who met with their German counterparts after 9/11 say they received lectures about the country’s determination not to sacrifice civil liberties in the fight against terror.

The key members of the jihad cell now thought to be plotting attacks on Germany were recruited from a Hamburg mosque were 9/11 hijacker Mohammad Atta used to pray. The mosque was closed down after the 9/11 attacks, but then allowed to reopen (until they closed it down for good waaay later-blogger’s note).

That decision was an error.”

But now for something completly different–the latest episode in the ongoing German Street View Saga: German Google fans are now throwing eggs at the pixelated homes (the real ones) of Germans who had decided to opt out of Street View. Never a dull moment around here I tell ya.

A person who has been punished is not less inclined to behave in a given way; at best, he learns how to avoid punishment.