Building will come to a complete standstill in Berlin too. 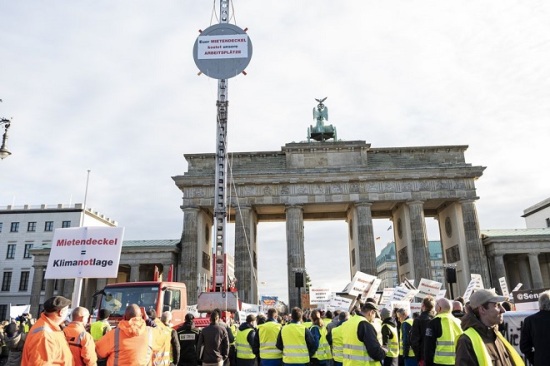 But Berlin’s red-redder-green politicians (SPD, the Left Party, the Greens) don’t know anything about building (look at the state the city of Berlin is in). They can only tear things down. Oh, yes. And redistribute. They will redistribute for as long as it takes to get anybody who’s got anything to get out of town.

Berlin Builders Hit the Streets in Backlash Over Rent Freeze – The German capital’s government is trying to ease the burden on tenants after a property boom caused rents to double over the past decade. However, critics of the plan — including economists and large landlords — have said the only way to address growing demand for housing is to build more homes.

The city’s plans “threaten to cause considerable damage to both the housing market and Berlin as a whole,” IW institute economists wrote in a recent report for the Christian Democratic Union party, which is in opposition in Berlin and opposes the measures. Scrapping the plan is “urgently needed from an economic perspective to prevent wider damage to the Berlin economy,” they added.

That means property. But property doesn’t mean much in Germany anymore. At least not in Berlin under its current “red-red-green” city government. 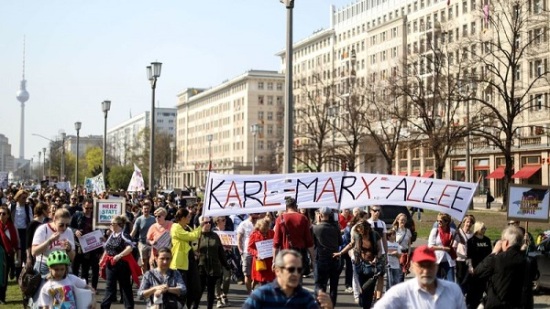 German officials facing protests and endless complaints about threats to affordable housing in the nation’s capital have decided the solution may be a five-year ban on rent increases and fines as high as $550,000 for violators.

Officials in Berlin, a city of about 3.7 million residents long known for its affordable housing options, announced this week that they plan to temporarily freeze the rents charged on publicly and privately owned apartments in a bid to halt runaway gentrification.

“It will scare away investors who will find alternative markets with less regulation. It’s a socialist and populist attack on the free market and it’s not going to lead to a single new apartment being built.”

The next step backwards: Berlin has a new law prohibiting landlords from demanding rents that are more than 10 percent higher than the area average, in an attempt to keep housing affordable in a city that’s attracting 50,000 new residents a year. The rule relies on a disputed index — known as the Mietspiegel — that critics say is a statistical crapshoot. 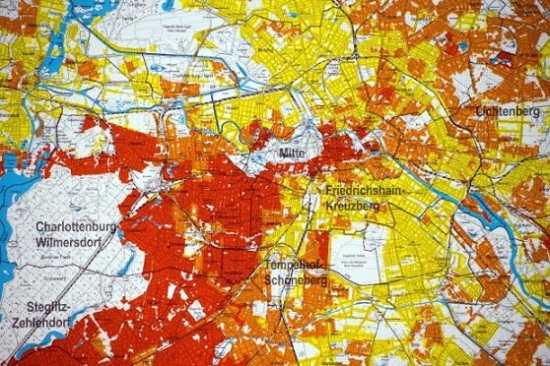 “The rent brake is essentially a transfer of wealth from landlords to tenants. Berlin will become less of a destination for international investors because capital doesn’t like to be constrained.”

Rent control still rocks. Just ask the people looking for a place to live in Hamburg, for instance. 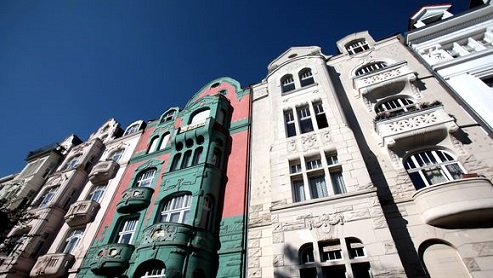 The German government’s Mietpriesbremse (rent control plan)  – it’s “sozial,” as in “for free”  –  has alarmed landlords who are now raising rents even higher than they already had been, “vorsorglich” (preventitively).  Imagine that. Bad landlords.

It’s always the same old thing. There is a shortage of apartments. This increases the rents. New apartments are needed. That is why the government steps in “to help” by imposing price controls called rent controls. That is, the government ensures that the shortage will remain by making new housing construction unprofitable for those who would otherwise build the new housing (I know, profit is a dirty-ugly-yucky word but we haven’t found a better one yet). The shortage is sustained and increased by rent control, the supposed solution.

But don’t worry. Elections will come around soon enough and the same politicians who fixed that first problem will have new proposals for fixing the one that followed, all inexplicably like. And they will get reelected – by the very same people they screwed in the first place. Now that’s what I call sozial.

Now that’s a German word for you. And no, not just because it has Verbot on the end of it, although that certainly helps.

Zweckentfremdung means misappropriation, and in this case the Verbot has to do with using apartments for something they were not meant to be used for; for renting. Well, actually, this particular misappropriation Verbot means renting them at a high rate to those awful and dreadful tourists who come to Berlin for a limited time instead of renting them out for much, much less to people who will be paying that much, much less for a much, much longer time. Which is, uh, better.

You guessed it, we’re back here in Berlin again and trying to rent your property for the most the free market will give you is an absolute sin in these parts and must be stopped immediately. And that’s what the Berlin SPD is now trying to do with this here new-fangled, old school Socialist-type Zweckentfremdungsverbot. And you and I both know that it will be yet another roaring success. Until it backfires and gets quietly repealed a few years down the road again, that is.

PS: That picture up there kills me, too. Being willing to pay 500 euros (roughly $675) to someone who finds an apartment for you is considered a complete Skandal here so that’s why “the state” needs to jump in and take those 500 euros from somebody else to pay, so-to-speak, only it will be more like 5000 euros then, which is then OK.

Please do not feed the fears.

Ugly Americans of the Week

The ideal power with which we feel ourselves in connection, the 'God' of ordinary men, is, both by ordinary men and by philosophers, endowed with certain of those metaphysical attributes which in the lecture on philosophy I treated with such disrespect. He is assumed as a matter of course to be 'one and only' and to be 'infinite'; and the notion of many finite gods is one which hardly any one thinks it worth while to consider, and still less to uphold. Nevertheless, in the interests of intellectual clearness, I feel bound to say that religious experience, as we have studied it, cannot be cited as unequivocally supporting the infinitist belief. The only thing that it unequivocally testifies to is that we can experience union with something larger than ourselves and in that union find our greatest peace. Philosophy, with its passion for unity, and mysticism with its mono-ideistic bent, both 'pass to the limit' and identify the something with a unique God who is the all-inclusive soul of the world. Popular opinion, respectful to their authority, follows the example which they set.

Meanwhile the practical needs and experiences of religion seem to me sufficiently met by the belief that beyond each man and in a fashion continuous with him there exists a larger power which is friendly to him and to his ideals. All that the facts require is that the power should be both other and larger than our conscious selves. Anything larger will do, if only it be large enough to trust for the next step. It need not be infinite, it need not be solitary. It might conceivably even be only a larger and more godlike self, of which the present self would then be but the mutilated expression, and the universe might conceivably be a collection of such selves, of different degrees of inclusiveness, with no absolute unity realized in it at all.
- William James