They couldn’t have reached this low without you, Angie. And everybody here in Germany knows it.

This is where seventeen years of “taking the wind out of the opponent’s sails” slaps back in your face. You’ve turned what was once a conservative CDU/CSU into another SPD (Social Democrats – bourgeois socialists). You’re greener than the Greens. The Free Democrat FDP who stuck to their guns are back and more liberal (in the good sense) than ever but don’t have to have you as coalition partner anymore. Many staunch conservatives who still could jumped your CDU/CSU ship and are now with the EVIL AfD who no one will work with because nobody, your party included, likes competition, so they must be EVIL. And nobody likes the Mini-Merkel-Man you selected to succeed you. Other than that, though, things are looking good. Don’t let the door hit you on the way out.

Merkel implores Germans to back conservatives as they hit record low – Chancellor Angela Merkel made an impassioned plea to German voters on Tuesday to back her would-be successor Armin Laschet at this month’s national election, as an opinion poll showed support for their conservatives slumping to an all-time low.

The Forsa poll for RTL/n-tv put support for the centre-left Social Democrats (SPD) at 25%, extending their lead over the conservative CDU/CSU bloc, who dropped 2 points from the previous week to 19%, which n-tv said was a record trough. 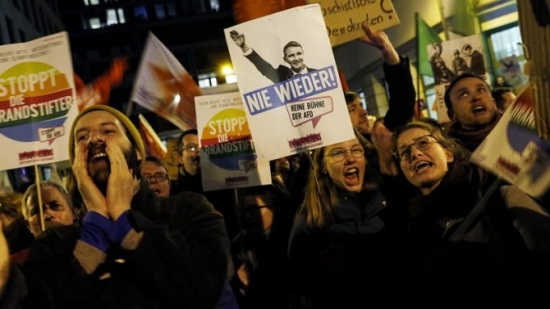 Thomas Kemmerich, a liberal democrat from the FDP, became Thuringia’s new Minister-President on Wednesday (5 February), thanks to support from the Christian Democrats (CDU) and the far-right AfD– a first in post-war Germany.

The real issue is a sour grapes kind of thang… In the final round of voting, Kemmerich surprisingly edged out the incumbent Bodo Ramelow, from the leftist Die Linke party, who was planning to build a minority coalition with the Greens and the social democratic SPD.

The AfD didn’t so much vote the FDP guy in – a party that will have nothing to do with them, by the way – as vote the red-redder-green folks out. Now that’s outrageous. Scheiße happens, folks.

More outrage here: “A candidate from the democratic center has won!” 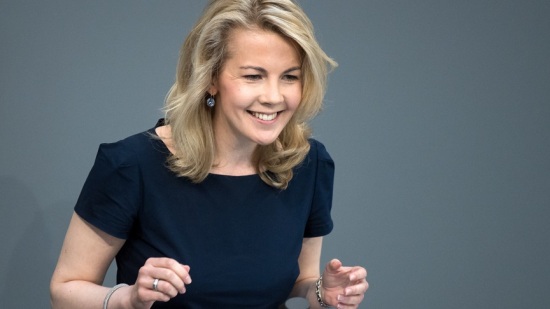 The polling predictions made before the Bavarian election yesterday, I mean.

Whether the actual results are bad or not depends entirely upon your point of view.

The CSU’s drop was not quite as bad as predicted (although they will no longer be able to govern without a coalition partner), the SPD’s drop was breathtaking (the worst regional election result in their history) and the AfD did not get the votes that many had feared they would. This was probably due to the success of the regional “Free Voters” party (CSU-light) that will now most likely be the CSU’s coalition partner. The free market-friendly FDP just got in by the skin of their teeth with 5.1 percent of the vote (5 percent minimum needed). The Left didn’t make it in, as usual. The Greens made a huge leap forward but who cares? This is Bavaria and they don’t go for this utopian stuff so they’ll make a fine opposition party which is where they belong.

So it looks like Angie Merkel will live to resign another day, as usual.

That means, sadly, the collapse of the Jamaica talks to form a CDU/CSU/FDP/Green government. And is, coincidentally, Germany’s Word of the Year for 2017. 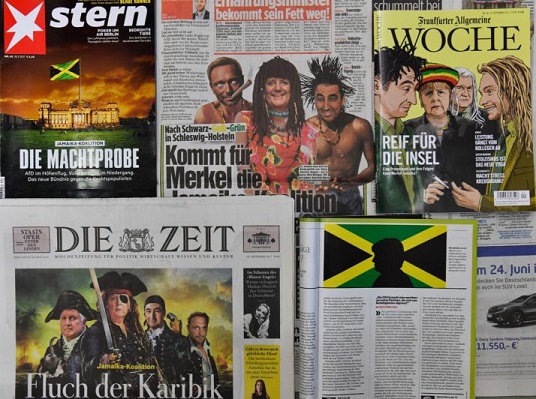 Sadly because the SPD has now been given the chance to come out of its we’re-absolutely-positively-never-ever-going-to-come-out-of-opposition pout after getting creamed during this year’s election. The SPD can do this kind of 180 degree turn stuff. Nobody cares. Just like nobody cares about who the chancellor is, apparently.

Denoting the ongoing failure to form a governing majority in German, Jamaica Out was one of several political neologisms chosen by the Society for German Language (GfdS) on Friday for its Word of the Year, which has been awarded since 2009.

PS: This kind of stuff gives me a hangover. I think I’ll drive over to the new Denny’s in Hanover and order me some pancakes or something (this article says Denny’s is where you go in US-Amerika for your hangover breakfast).

The city of Berlin isn’t the only thing that is dysfunctional in Germany these days.

Maybe the Germans ought to consider fixing their parliamentarian system, too. I mean, the one thing that voters made perfectly clear just a few weeks back is that they do NOT want a continuation of the so-called GroKo (grand coalition government of CDU/CSU and SPD). But after Empress Merkel failed miserably during the Jamaica exploratory talks by going greener and green and letting the FDP get away, new talks are beginning to go for that very thing.

She doesn’t want to go with a minority CDU/CSU government, you see, because than her majesty’s government would have to explain everything to parliamentarians first before getting a majority to pass any legislation. She can explain things just fine, it’s just that fewer and fewer Germans agree with her explanations anymore. But a minority government is what she must go with, I find, until new elections are held. This, too, being something that nobody wants.

So, German voters got what they voted for, I guess: Nothing that they wanted.

Deputy SPD head Olaf Scholz said recently that a rebirth of the grand coalition would “have negative consequences for our democracy.” It would also mean that the right-wing populist Alternative for Germany (AfD) would be the strongest party in opposition. That means it would always have the privilege in parliament of delivering the first rebuttal to Merkel’s speeches.

These are your “classic” liberals, the pro-business Free Democratic Party (FDP). And more power to them.

Lindner has very good reasons to not join a four-party coalition just after he managed to lead the FDP from the political wilderness back into parliament. He has sought to re-brand the FDP as a party with clear principles, delineating core demands that the FDP would pursue: investing in education, promoting digital transformation, lowering taxes, blocking an EU “transfer union” and controlling immigration. After a compelling campaign, the party re-entered parliament with 10.7 percent of the vote.

“It is better not to govern than to govern in the wrong way.”

As in being worst. False moves are the only kind of moves Germany’s SPD makes these days.

Bloodied but proud and steeped in tradition and legacy, the SPD thought it had done the right thing after September’s devastating election result by announcing its desire to regroup as the main opposition party in the new German parliament…

But if the SPD sticks to its opposition role now, its detractors might accuse the party of leaving the country in the lurch and not doing its democratic duty to help ensure a working and stable government…

On the other hand, if the SPD comes out of its opposition shell and agrees to revisit a grand coalition with Angela Merkel’s Christian Democrats, it may well be accused of opportunism and lacking backbone.

The SPD doesn’t have any backbone, you see (that’s the FDP‘s job). So being accused of not having one is clearly out of the question. And if comes to new elections then? They get slammed even harder. Same personnel, same platform. Brilliant leadership there, Martin Schulz. I think we’ve got our German word for the day here and it doesn’t even need a translation: Kindergarten.

There is not enough religion in the world to destroy religion.