At Der Spiegel? At CNN? And systematically practiced by practically everybody else out there working in the media’s “mediation” machine?

No way. Or… Way? Wow. Who would have thought that possible?

The US government has waded into the scandal of the German journalist for Der Spiegel magazine who faked stories on a grand scale over years, calling it proof of “institutional bias” in the media against America.

In a scathing letter to the magazine’s editors, Richard Grenell, US ambassador to Germany, claims the journalism of Claas Relotius, who resigned from the German news magazine last week, was symptomatic of anti-American bias across the mainstream media. “It is clear that we were the victims of a campaign of institutional bias,” Grenell wrote to Der Spiegel, in a letter also seen by the daily newspaper Bild. He said he was aghast at the way “anti-American coverage” had been facilitated by the magazine.

“We are aware that the Relotius case makes the fight against fake news that much more difficult. For everyone. For for other media outlets that are on our side and for citizens and politicians who are interested in an accurate portrayal of reality.”

As far as I can tell, there isn’t a German automobile company that isn’t involved in emissions manipulation. Or maybe this is just another misunderstanding/accident kind of thing again.

Remember when Germany used to have a clean image? Me, neither. It has been a while now, hasn’t it?

What? They do that here, too?

German media were too uncritical in their coverage of the 2015 refugee crisis, giving Angela Merkel’s open-door policy a free pass and failing to represent the legitimate concerns of ordinary people alarmed by the influx, a new study has found...

It said newspapers made no attempt to differentiate between rightwing radicals and ordinary people who were left feeling politically insecure or marginalized by the refugee influx. Instead of critical reporting, journalists had merely “adopted the viewpoint and also the slogans of the political elite…”

A recent poll by the University of Mainz, cited in the study, found that 55 per cent of those asked felt “systematically lied to by the media.” Some 26 per cent agreed with the statement that “the media and politicians work hand in hand to manipulate public opinion.”

Right? As we were recently reminded after the Brexit vote and the United States presidential election, the pollsters, survey scientists and media manipulators who publish them are always right on the money. 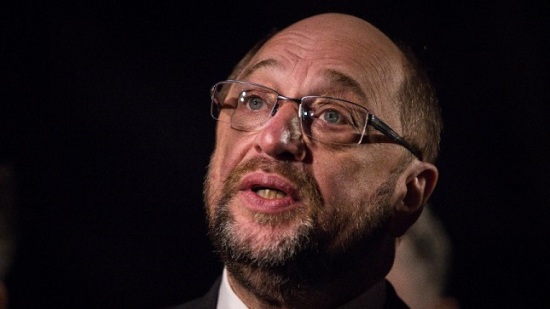 So please keep this in mind (and please bring it back to mind in a few months time) when we now read that “the SPD has passed the union in another survey” (the union being Angela Merkel’s CDU/CSU) and that this is due to the so-called “Schulz effect.”

This means, of course, that Germans are supposed to believe that the SPD’s candidate for chancellor, Martin Schulz, is wildly popular and on a roll and is single-handedly bringing German social democracy back from the near-death it is now experiencing to march together bravely into the brave new social democratic (socialist) future. They don’t believe it, of course, because he isn’t and he can’t. Germans, too, have also realized that polls have long since failed in their traditional function as poorly functioning forecast tools and are now failing miserably at their latest job: To deftly manipulate public opinion and steer it in the direction these pollsters & co. want it to go.

Nobody buys it anymore, Martin. Just like nobody buys you. You can bring out all the survey results you want but that won’t change a thing.*

That means the lying press. And, like, welcome to the club already, Germany. It appears that many Germans were not aware of this up until now. I mean, when has the media anywhere ever not been guilty of “embellished and inaccurate reporting?”

In a recent German survey, 44 percent of respondents said they partially, or wholly believe the media regularly lies to the people, as the Pegida movement asserts. Media experts (the people helping with the lying?) examine whether that’s true.

Media outlets in Germany “are controlled from the top,” and therefore spread “embellished and inaccurate reporting.” Nearly half of the 1,000 German citizens recently polled by the Dortmund-based Forsa Institute agreed with these statements.

Currently, the refugee situation dominates media reports. But Germans are simultaneously experiencing the crisis first-hand in their own towns and cities – and often finding dramatic differences between their perceptions of these events and journalists’ representations of them…

For example, Sebnitz: In this village of 8,000 residents in Saxony, where right-wing radicals often make headlines, the son of a German-Iranian couple, both of whom are pharmacists, died accidentally. The immediate headline read: “Neo-Nazis Drown Child.” In truth, the boy drowned after having a heart seizure. A newspaper that reported on the actual facts of the accident nevertheless added: But the way the mood is in Sebnitz, neo-Nazis could well have done it.”

These unwelcome troublemakers will now be rebranded in a decidedly less overwrought fashion, the first merchandise coming out as we speak, so-to-speak. It is in the form of a study just made by the Technical University, Dresden in which we discover the following rather surprising fun facts:

The typical Pegida supporter is a politically independent 48-year-old male who is well-educated and well-employed.

The main gripes most Pegida supporters have are their dissatisfaction with 1) German politicians, 2) German media and only then 3) the increased number of immigrants and asylum seekers now coming to Germany.

Why, uh, that’s suddenly a completely different picture, isn’t it? Stay tuned, there will certainly be more to follow. The hysteria sure was fun while it lasted though, wasn’t it?

The latest German Un-Word of the Year is Lügenpresse or “the lying press.” The year is still pretty young though, if you ask me. But still.

Of ill repute as it is a term that was gladly used way back when during World War I and then later by the Nazis themselves, it’s been in the news a lot these days because that EVIL Pegida is using the term, as well. If you accuse the press of lying you’re a Nazi here, I guess. So watch it.

I mean, it’s not like the media here in Germany would ever manipulate or mislead us or spin or hype or ignore things or anything like that there, right?

That means “opinion cartel” and was just created by ex-president Christian Wulff when referring to his dealings with Der Spiegel news mafia, I mean magazine. 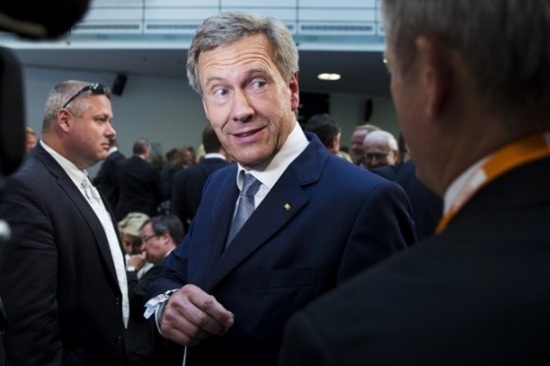 That’s the cool thing about German. You can just throw words together like that and make up new ones that everybody who speaks German immediately understands. And the thing that’s cool about that is that sometimes, like this time, the new creations hit the nail right on the head.