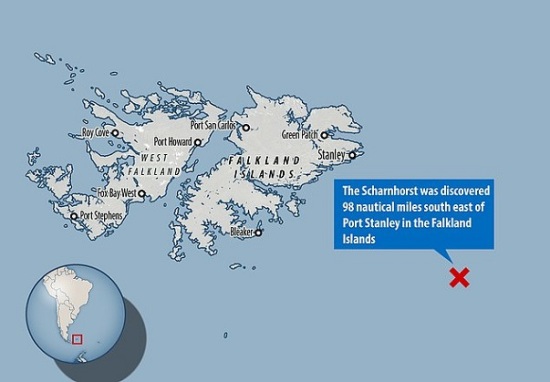 The wreckage of a World War I German armoured battlecruiser has been discovered off the coast of the Falkland Islands.

The SMS Scharnhorst, the flagship of Admiral Maximilian Graf von Spee’s East Asia Squadron, was sunk on 8 December 1914 during the Battle of the Falkland Islands, a crucial naval battle in the early days of the First World War.

The discovery is a major breakthrough in the quest to locate all of the German squadron’s ships lost during the battle.

“Suddenly she just came out of the gloom with great guns poking in every direction.”

And I’m sure it was but… 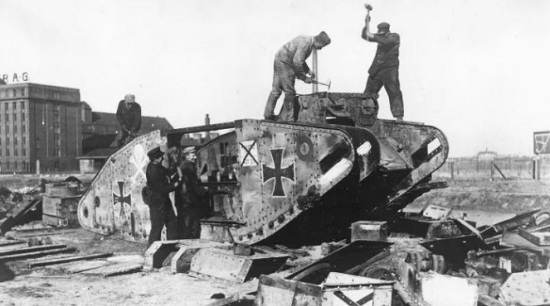 Germany’s World War I Debt Was So Crushing It Took 92 Years to Pay Off – After the Treaty of Versailles called for punishing reparations, economic collapse and another world war thwarted Germany’s ability to pay…

The Allies exacted reparations for World War II, too. They weren’t paid in actual money, but through industrial dismantling, the removal of intellectual property and forced labor for millions of German POWs. After the surrender, Germany was divided into four occupation zones, and in 1949 the country was split in two. Economic recovery, much less reparations payments, seemed unlikely.

By then, West Germany owed 30 billion Deutschmarks to 70 different countries, according to Deutsche Welle’s Andreas Becker, and was in desperate need of cash. But an unexpected ray of hope broke through when West Germany’s president, Konrad Adenauer, struck a deal with a variety of western nations in 1953. The London Debt Conference canceled half of Germany’s debt and extended payment deadlines. And because West Germany was required to pay only when it had a trade surplus, the agreement gave breathing room for economic expansion.

Soon, West Germany, bolstered by Marshall Plan aid and relieved of most of its reparations burden, was Europe’s fastest-growing economy. This “economic miracle” helped stabilize the economy, and the new plan used the potential of reparations payments to encourage countries to trade with West Germany.

Still, it took decades for Germany to pay off the rest of its reparations debt. At the London Conference, West Germany argued it shouldn’t be responsible for all of the debt the old Germany had incurred during World War I, and the parties agreed that part of its back interest wouldn’t become due until Germany reunified. Once that happened, Germany slowly chipped away at the last bit of debt. It made its last debt payment on October 3, 2010—the 20th anniversary of German reunification.

The German navy does this regularly, I guess. Commit suicide, I mean. 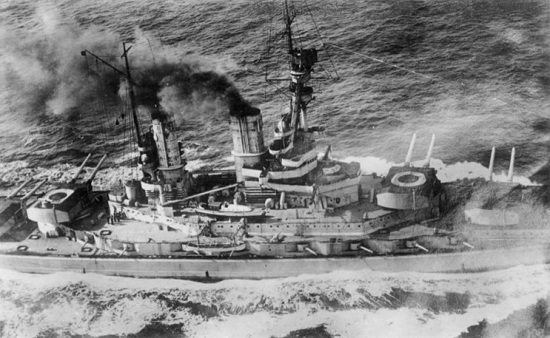 So I suppose you could call the one going on presently a ritual suicide, albeit slower than those of the past (look what’s been going on with the Bundeswehr for the past thirty or forty years or so and you’ll get my drift).

One hundred years ago, the German High Seas Fleet committed suicide. On June 21, 1919, the crews of seventy-four German warships attempted to scuttle their vessels in order to prevent the Allies from taking them. Over the course of a few hours, fifty-two modern warships sank. In the modern history of naval combat, there has never been an event as devastating as the self-destruction of the German fleet at Scapa Flow. The scuttling immediately became legendary, closing one chapter of German naval history and opening another…

Indeed, the Germans had prepped the ships for scuttling over the previous several months, removing doors and taking other steps to reduce watertight integrity. They waited for motive and opportunity. As the Paris Peace Conference dragged on, both the French and the Italians had made claims upon the fleet. As the deadline for signing the treaty approached, both the Germans and the British made their preparations, the latter to seize the ships and the former to scuttle them.

On June 21, a comedy of errors ensued. The signing of the treaty was postponed two days, although it is unclear how aware the German sailors were made of this fact. The British commander decided that the fabulous early summer weather offered a great opportunity for practice, and the bulk of the Grand Fleet left Scapa Flow for maneuvers on the morning of June 21. Only a few patrol and utility ships remained.

Admiral Ludwig von Reuter gave the order for scuttling, and every German ship obeyed. The British didn’t notice until around noon, when the battleship Friederich der Grosse began to list noticeably. At this point, the rest of the fleet raised the Imperial German Naval ensign, which the British had officially forbidden. At that point, the scuttling became a race between the water and the Royal Navy. The Grand Fleet, notified by radio of the sinking, began to return immediately. The few Royal Navy ships in attendance picked up survivors, but were unable to save very many of the sinking ships. 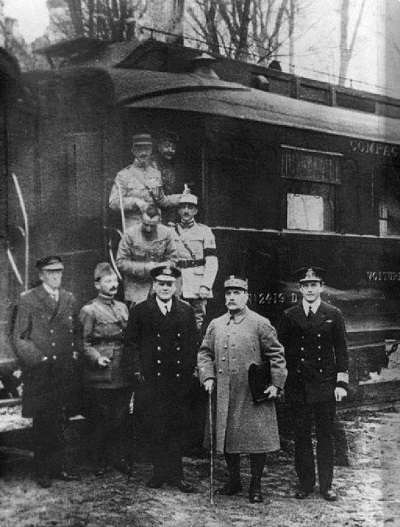 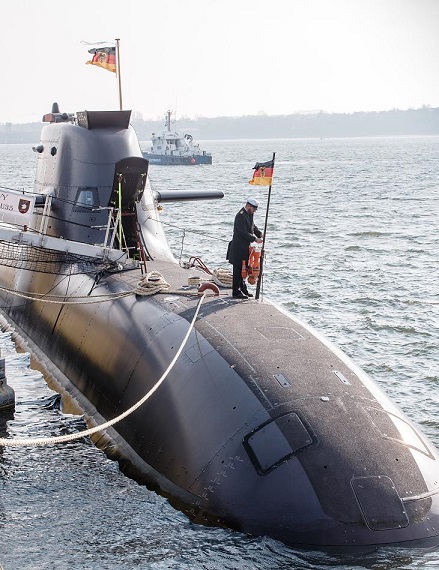 U35, Germany’s most modern 212A class submarine, was commissioned in Eckernförde today. Hmmm. I wonder if this has anything to do with the 100 year anniversary of the Lusitania sinking? 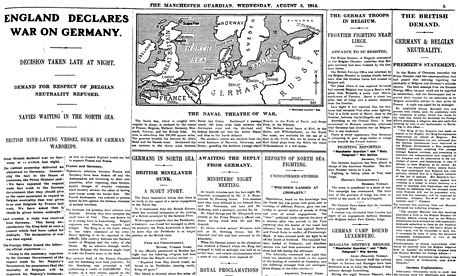 “Given the horror of the Second World War where the guilt of course strongly lies with Germany and we take responsibility for the terror of National Socialism, we haven’t in Germany had the First World War so much in mind.”

Experts and critics put the German success of the nearly 900-page title down to the book’s premise that Germany and the Austro-Hungarian Empire didn’t play any greater role than other countries in starting the war.

“People are delighted,” Historian Gerd Krumeich of Duesseldorf University said, sarcastically. “Among German intellectuals there was the conviction that everything led us to Hitler. Clark liberates us from all that by saying to us ‘you’re not more aggressive than the others’,” he said.

Step up your game or step down.