With the export (of a frigate) to Egypt, the Federal government maintains its controversial practice of supplying weapons to authoritarian regimes if these are considered to be regional partners of the Federal government. In addition, they will again break the promise not to deliver any more weapons to countries that are directly involved in the Yemen war (Saudi Arabia supports Egypt financially and makes this purchase possible and Egypt has participated in the Yemen conflict as a coalition partner with fighter jets).

It has long been known that Saudi Arabia has been exporting Wahhabist ideology – largely similar to the ideology of the so-called “Islamic State” (IS). Propaganda material and organizational expertise are being sent along with money. People are being hired to build mosques, educational institutions, cultural centers and similar organizations, so that Wahhabist theology can reach the public – with great success.

After insulting Western men for years by always insisting upon wearing those God-awful pantsuits, Germany’s defense minister Ursula von der Leyen has forthwith joined the chore of uppity women who now go out of their way to insult Saudi men by not wearing a hijab. 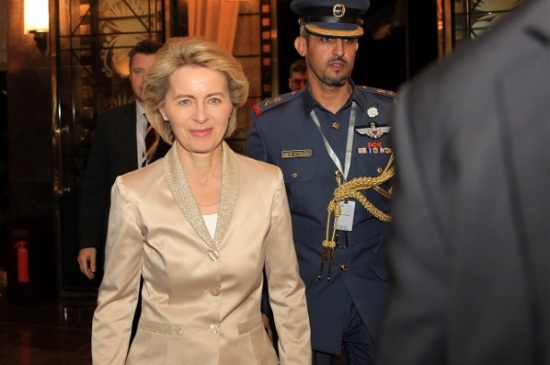 “The right to choose your own clothing is a right shared by men and women alike,” the snooty German visitor announced in Riyadh. “It annoys me, when women are to be pushed into the Abaya.”

One so-called man then took a hijab at her by tweeting: “The German Defense Minister is wearing that pantsuit in Saudi Arabia deliberately. And everywhere else she goes, too. This is an outrage and an insult to us all.”

“The German Defense Minister: not wearing the hijab in Saudi was deliberate. This is an insult to Saudi Arabia.”

But if it flows in from places like Saudi Arabia, Kuwait and Qatar it can buy you lots of support for ultraconservative Salafists and their jihadist ideology.

At least in Germany it can.

Religious organizations from those three countries have been sending preachers to Germany as well as financing the construction of mosques and schools, the German “Süddeutsche Zeitung” newspaper and public service broadcasters NDR and WDR reported. The intelligence reports were conducted on the behalf of the German government…

German authorities have conducted numerous raids nationwide targeting Salafist organizations in recent weeks. In November, German Interior Minister Thomas de Maiziere announced a ban on the Salafist “True Religion” group which was known for passing out a fundamentalist translation of the Koran in German city centers.

Despite it’s often pacifist positions on global security issues, Germany is also in the seemingly contradictory position of being one of the world’s largest arms exporters.

PS: At least none of those creepy postcards are involved here.

Unable to compete in the global market without the subsidy drug, state-ordained “energy turnaround” or not, Germany’s solar energy industry is getting eaten alive by cheap Chinese imports as we speak, so-to-speak.

“But it’s not like we don’t continue to support the Arab Spring or anything,” another tankful German industrialist added ruefully.

“Its failure to support intervention in Libya but willingness to arm Saudi Arabia shows the contradiction in German foreign policy.”

These must be special Panzer for Peace or something, these 200 ultra-modern Leopard battle tanks Germany is now prepared to supply to Saudi Arabia. 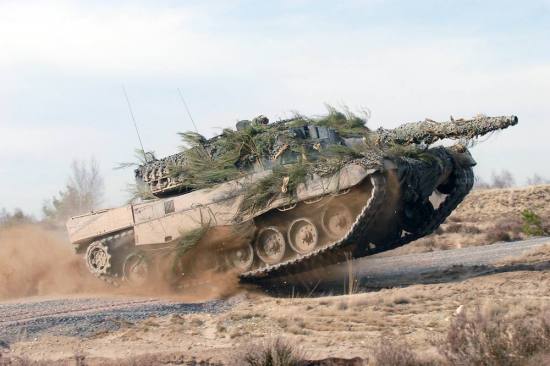 This is a dramatic reversal of Germany’s decade-long policy of not furnishing that zany authoritarian kingdom with heavy weapons and is clearly designed to send a strong message to freedom-loving Arab protesters everywhere (the Saudi military recently helped put down protests in Bahrain, if you recall).

Whether that is the right message or not, that’s another question.

According to the Stockholm International Peace Research Institute (SIPRI), the main buyers of German weapons systems in the years 2006 through 2010 were:

SIPRI said that Germany advanced from fifth to third place among the biggest arms sellers between 1998 and 2009, even though a previous center-left government pledged in 2000 to pursue a “restrictive'” policy on exporting defense technology.