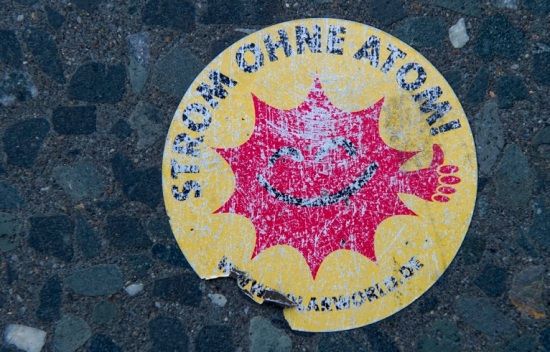 The contradictions in Germany’s energy policy are coming home to roost.

It’s struggling to balance efforts to combat climate change while at the same time shutting down its nuclear power plants.

Don’t sweat it, Germany. If you need any advice on how to improve things in the CO2 department just contact the folks in Washington.

“The rushed and improvised exit from nuclear power that some support is not our policy. Recent events prove that pretending otherwise is a pure illusion.”

On the double! And no, you’re not seeing double. Electricity prices have nearly doubled for German consumers since 2000.

So I guess this famous German Energiewende (energy turnaround) is what one could call a two-edged sword. You know, something having a double meaning?

Germans are leading a double life if you ask me. If they still think that this is going to work, I mean. So stop the double-talk already, people. Get this Energiewende nonsense over with on the double before you end up doubled up with laughter – and those men in the white coats come to take you away.

Zwangs- = compulsory. Umlage = levy, share in the costs. Put those two together and what do you get? Forced to share. But we’re talking about money here folks so let’s  just call it another tax and get it over with already.

This latest planned tax consists of forcing German households to purchase so-called “smart meters” or modern electricity meters that are supposed to regulate energy consumption by drawing electricity from that so wonderfully green German energy grid whenever this energy is cheaper. You know, like when hell freezes over?

This will only set back German consumers another 70 or 80 euros after already having been hit with a seven percent energy bill increase planned for next year, too (the seven can and will change, of course, and we all now in which direction it will be going).

Turn it around as much as you want. Anyway you turn this German energy turnaround around, you’ll always get the same result. Once you’ve turned it around, I mean. She is like way too expensive, señor.

But what can you expect from a government that is about to go retro and way back in the Wayback Machine to the good old days of SPD Never-Never Land again?

PS: The next German word of the day will be Abzocke. Here’s a tip: It means rip-off.

No, not that shocking IPCC global warming report (yawn). Alarming is just how much of a fiasco Germany’s Energiewende (energy turnaround) is turning out to be.

Michael Limburg, vice-president of the European Institute for Climate and Energy, told CNN that the government’s energy targets are “completely unfeasible.”

“Of course, it’s possible to erect tens of thousands of windmills but only at an extreme cost and waste of natural space,” he said. “And still it would not be able to deliver electricity when it is needed.”

Germans are already facing some of the highest energy bills in Europe.

According to the Institute for Energy Research, this year German electricity rates will increase by over 10% due to a surcharge for using more renewable energy and a further 30 to 50% price increase is expected in the next ten years.

The Intergovernmental Panel on Climate Change (IPCC) said in a report that a hiatus in warming this century, when temperatures have risen more slowly despite growing emissions, was a natural variation that would not last.

But only as long as we keep using the nuclear energy we supposedly turned around from.

According to an analysis by the Breakthrough Institute, Germany’s current installed solar panels will end up costing ratepayers $130 billion over the next 20 years through above-market-rate feed-in tariff contracts, compared to $15 billion for a state-of-the-art nuclear reactor that will generate over half the electricity of Germany’s entire solar fleet over a similar 20-year period…

The largest advantage of nuclear power is its ability to provide reliable, baseload power year-round 24 hours a day. Solar and wind can be economical as distributed energy resources, whose greatest value is suppressing demand load on the grid. But nuclear power provides baseload power and will therefore be the most technically optimal replacement for large fossil-fueled power stations like coal plants.

You know, it starts with an n and ends with an r*? Do not even think about using it over here in Germany these days, people. Not that you would even want to or anything, even if you could. I’m just sayin’.

Why is this the case? I’ll tell you why. Because everybody’s all touchy these days. German power grids are less stable than they ought to be and nobody wants to address the reason why that is. Folks have gotten all sensitive and defensive because, well, because of that “power networks more unstable since n-word drop-out” thing.  And no, I didn’t think up that subtitle. I’m just quoting it, sort of. Civilized folks don’t use the n-word. And I ain’t a-gonna use it either.

In a puzzling move that absolutely no one can explain, more than 200 German power suppliers have announced that they will be making big price hikes in the coming year. Consumers will then pay about 11 percent more on average.

Some experts speculate that the unexpected price increases could have to do with the costs associated with the increased efficiency and service currently being witnessed throughout the industry (see yesterday’s post). Others have surmised that these increased costs will be needed by the industry in the winter months to help fight global warming, or cooling in this case. Another group of experts believes that this dramatic move was prompted because Germans, already long used to paying some of the highest energy bills in Europe, just won’t notice and/or care. 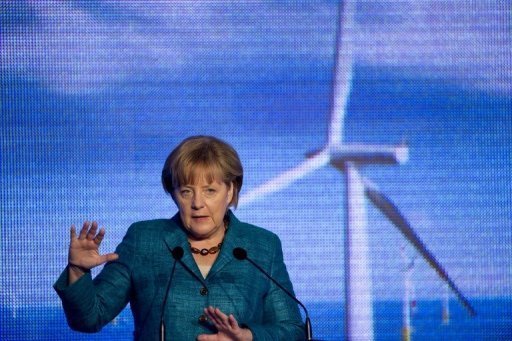 Worried about grassroots unrest after Germany’s electrical grid operators announced they were nearly doubling the charge consumers will pay to finance subsidies for renewable energy as Germany phases out nuclear power, Big Sister herself has reacted boldly and decisively by going into hiding and pretending as if none of this were really happening.

Long used to this tactic, worried German consumers were assured, sort of, as they will now be paying an additional 60 euros per year, “taking overall add-on power taxes up to about 185 euros.” But that’s just the start, of course.

“The costs for consumers and industry of the electricity price charge for renewable energy has risen to an unbearable degree.”

To demand ‘sense’ is the hallmark of nonsense. Nature does not make sense. Nothing makes sense.