You either shutdown voluntarily or we shut you down permanently.

Germans are people who wait until the light turns green before crossing the street. Even if nobody else is around. They are top of the class when it comes to following rules and regulations. They are very law-abiding people, in other words. But the Coronavirus – or the arbitrary and disproportionatly restrictive government actions being taken in response to the COVID-19 pandemic here in Germany – seems to have had a negative effect upon their normal behavioral patterns and they are now taking to the streets in protest. North, south, east and west. They are, in other words, mad as hell and aren’t going to take it anymore.

Nothing can happen to me. I’m a German politician. Right?

But me and my fellow German politicians will play it safe and start labelling normal, law-abiding, protesting citizens “extremists,” “anti-democratic radicals,” “far-right nut jobs” and “conspiracy theorists” like we always do at times like this. Just in case.

Germany: Politicians worry about radicalization at anti-lockdown protests – German lawmakers from across the political spectrum on Monday warned that the growing wave of anti-lockdown protests could provide fertile ground for radicalization, including from the far-right. Over the weekend, thousands of people gathered in cities across Germany to demand an end to restrictions put in place to slow the spread of the coronavirus pandemic.

“We will not let extremists misuse the coronavirus crisis as a platform for their anti-democratic propaganda.”

Germans, of all people, are slowly but surely losing patience with rules, regulations and restrictions – of the Coronavirus lockdown kind, I mean.

Demonstrations are now taking place throughout the country in which demonstrators are openly expressing their frustration with the false information and mixed signals coming from the politicians and medical experts who continue to curtail their fundamental rights. In other words, there ain’t gonna be a second lockdown, people.

Wanting social chaos, anarchy and revolution the way we do. But this year we were particularly good, sort of, by showing an extra portion of social distancing. Not.

Don’t you just hate it when rioters get “unreasonable” like that?

Hundreds take part in social-distanced May Day protest in Berlin – Protesters defied a ban on gatherings of more than 20 people to mark May Day. 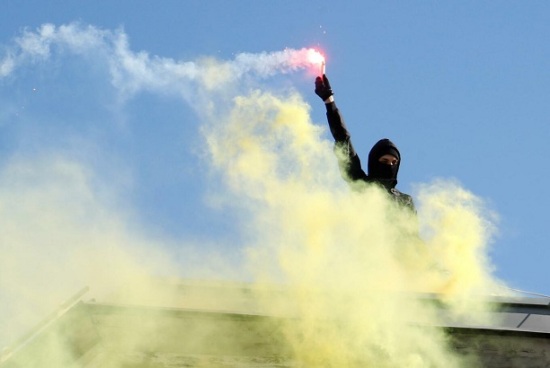 What’s for dinner, Ma? Burning down banks and and other forms of capitalist exploitation can really work up a fella’s appetite.

The figures, which were published in daily newspaper Bild revealed that 873 suspects were investigated by authorities between 2003 and 2013.

Police say more than 120 officers were injured and 86 demonstrators were detained during leftist riots in the German capital which police call “the most aggressive and violent protests in the last five years.”

About 3,500 protesters participated in the rallies, which started Saturday evening and lasted until early Sunday. Activists had called for the demonstration to protest against police operations at buildings taken over the squatters in the eastern part of the city last month.

Exhausted from all of the political activism activity anti-G7 political activists have been expected to do already, bone-weary protestors are now leaving the G7 conference in droves before someone asks them to get even more politically active than they already have been. 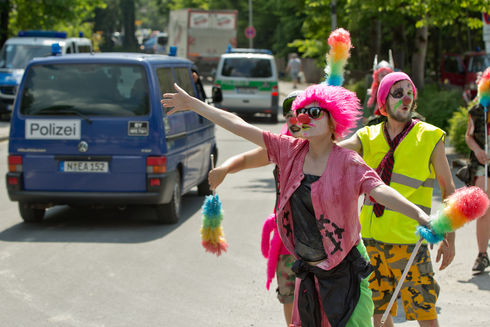 “Like, I had to sit-in for over two full hours yesterday and hold up this stupid sign the whole time, too,” said one disillusioned demonstrator, his red cardboard nose still being sweat upon profusely. “OK, sure, after having slept-in twelve hours after that party the night before first, but still. If I had known this was going to be work I would never have left Berlin to come down here in the first place. These are like Manchester capitalist sweatshop demonstrating conditions! I’m outta here.”

“You know, all of this, it’s exhausting.”