That’s because it’s Green Coal. No, not Grünkohl. That’s kale.

Anyway, Germany’s Green Utopia will soon be here, no matter what. Just ask Germany’s Green Economy Minister. Of course, it might take a little longer than the Greens originally planned, but still.

Economy Minister Robert Habeck will on Tuesday present an emergency decree enabling the government to bring back the facilities in case of gas shortages, according to the proposed legislation seen by Bloomberg. 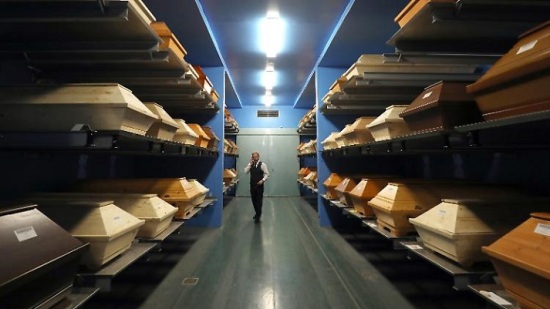 But you need to read in which context it is being used here to get the whole message: Nur geringe Übersterblichkeit – Todesfälle im April knapp über dem Schnitt. That is: Only a slightly higher mortality rate – The fatalities in April were just slightly above average.

My, that is odd, isn’t it? Wasn’t April the big Corona month in Germany? Just like everywhere else? And the country’s mortality rate was only slightly higher than usual? There must be a mistake here somewhere. Or were we all mislead to expect something else? Certainly not intentionally. Or was it just ineptitude? Numbers, black on white like that, can be very mysterious sometimes. Especially when they don’t fit your story line.

Germany Isn’t Special – To pull its weight, it needs to start seeing itself as a normal country, subject to the same pressures as all its neighbors.

Polls before this weekend’s elections in states in the former East Germany show the right-wing Alternative for Germany (AfD) comfortably capturing 20 percent or more of the vote. This is just one of the ways in which the country at the center of Europe is confronting a new state of affairs.

Ever since reunification, Germany has built its liberal democracy on a few key pillars—a disavowal of the extreme right, a focus on economic performance, and a steadfast relationship to the United States—to avoid a return to the conflagrations of the past. By following these guidelines, the country has won itself respect around the globe. But it has also persisted in treating itself as a special case, not subject to the pressures affecting its Western peers. That, in turn, has led to resentment among its partners. It is time for Germany to buck its postwar policy traditions and begin to see itself for what it is: a normal power.

A German friend of mine summed it up more succinctly: Die Deutschen wollen immer eine Extrawurst haben. The Germans always want “an extra sausage” = special treatment. Are those days finally over? In the real world, I mean? Stay tuned.

Or don’t turn your back to it, I should say.

Ah, the wolf. What a romantic, wonderful, mythical creature. Until recently, that is, when things started getting real again. Wasn’t nature supposed to be warm and cuddly and friendly and nice? These new wolves are turning out to be real pricks, however. They must have been ruined through their contact with human civilization.

Wolves are making a big comeback in Germany, which is making some Germans uneasy.

Farmers and hunters drove the species out of the country over 150 years ago, but conditions for wolves became more welcoming in 1990, after Germany’s reunification extended European endangered species protections to the eastern part of the country.

… He says government officials are insensitive to the worries of people living in the countryside. He thinks urban Germans have come to romanticize the returning wolves. “They think, ‘Aww, it’s a nice wolf, and he needs to be in nature and be free.’ But people raised in the countryside, they don’t need the wolf anymore.” 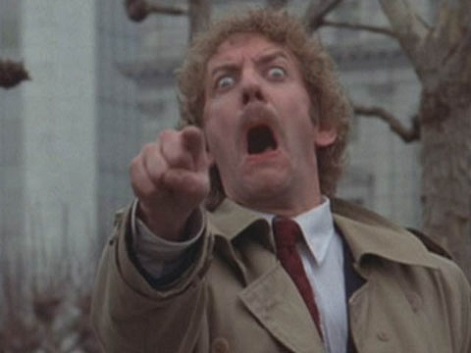 It is very popular in Germany at the moment due to the refugee invasion currently taking place, part of the denial process here being that this invasion isn’t even being referred to as one. They call it the refugee question or situation or policy or crisis instead (crisis is clearly leading at the moment).

It has a long tradition. If German reality deniers don’t like the facts, the facts – or at least the ways they view them – just get twisted around (or we are informed by them that “there are no facts at all”). And that’s a fact. Happens all the time. Everything is relative, you see. See moral relativism.

Latest example: The vast majority of perpetrators committing those infamous New Year’s Eve sex attacks were newly-arrived “migrants” from Morocco and Algeria, for instance. Rather than addressing this very real problem, German reality deniers prefer organizing protest rallies against racism instead. Needless to say, these are always well-covered by the media.

This kind of predictable, incoherent reaction makes me feel sometimes like I’m Donald Sutherland’s character in Invasion of the Body Snatchers. Have the minds of these people been replaced while they sleep by copies of themselves having some weird, extraterrestrial and, in this case, irrational intelligence? Why are there so many of them acting this way? Is their number increasing? Are the body snatchers going to get me next? I’m going to lay off the sleep for a few months now just to play it safe.

Doing what you’re told to do

Obedience is an act of faith; disobedience is the result of unbelief.