Take a good look. They won’t be around much longer. They’re going to a better place – the same place the LPs, dial phones, typewriters and carrier pigeons went.

They have been an integral part of the city’s furniture for so long, Berliners admit to taking them for granted.

But concrete advertising pillars, known as Litfaßsäule – or Litfaß columns – after the man who invented them, around 3,000 of which dot the German capital, are under threat. A low-key, grassroots protest has sprung up in an effort to save them from destruction and sparked a trend involving writing messages on the pillars, as well as poems and heart felt tributes.

It takes two or three people to group hug a Litfaßsäule, and that has also become another way of highlighting the reluctance to let them go.

“I’m certainly still more drawn to a catchy poster on the Litfaßsäule, than I am to something that flashes up on my mobile phone which I’m likely to swipe away in annoyance.”

Recognize a pattern here? They’re all American companies and they’re all “free” to use. The Germans, of all people, surely must have figured out by now that nothing is ever for free. But they haven’t.

GERMAN REGULATORS JUST OUTLAWED FACEBOOK’S WHOLE AD BUSINESS – FACEBOOK’S MASSIVELY LUCRATIVE advertising model relies on tracking its one billion users—as well as the billions on WhatsApp and Instagram—across the web and smartphone apps, collecting data on which sites and apps they visit, where they shop, what they like, and combining all that information into comprehensive user profiles. Facebook has maintained that collecting all this data allows the company to serve ads that are more relevant to users’ interests. Privacy advocates have argued that the company isn’t transparent enough about what data it has and what it does with it. As a result, most people don’t understand the massive trade-off they are making with their information when they sign up for the “free” site.

“We disagree with their conclusions and intend to appeal so that people in Germany continue to benefit fully from all our services.”

That means easily digestible, wholesome, beneficial to your health. 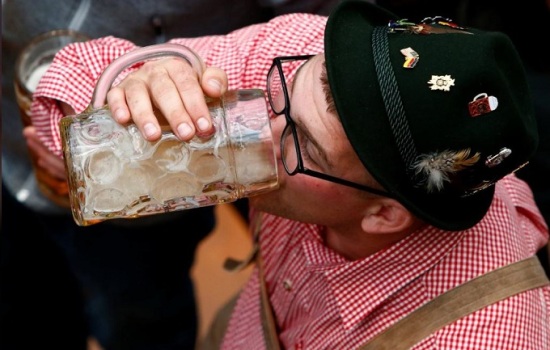 And these are bad things to call beer, a German court has ruled – even though bekömmlich also implies tastiness. Thanks, judge. Chalk another one up to political correctness.

The German Federal Court of Justice upheld a lower court finding that the word could not be used in advertisement for beverages containing more than 1.2 percent alcohol.

The German court said bekoemmlich, which does not have a direct English translation but would be something akin to “wholesome”, described more than the taste of the beer.

When used to describe food, it means that the product is easily absorbed and tolerated by the digestive system even alongside long-term consumption, the court said, adding that beer sometimes did cause health problems.

“The term ‘bekoemmlich’ is understood by the relevant public to mean ‘healthy’, ‘beneficial’ and ‘digestible’,” the court said.

Not only are mothers here reduced to cultural stereotypes whenever it is suggested that they might be interested in things like cookbooks, vacuum cleaners, sewing machines and irons, fathers in these parts are not treated any better.

I’d like to address this subject in a little more detail but I have to go help my neighbor load up our Bollerwagen. It’s getting on noon and we haven’t had a drink yet.

Like duh. I suspected it all along. Who else could have possibly been behind it? 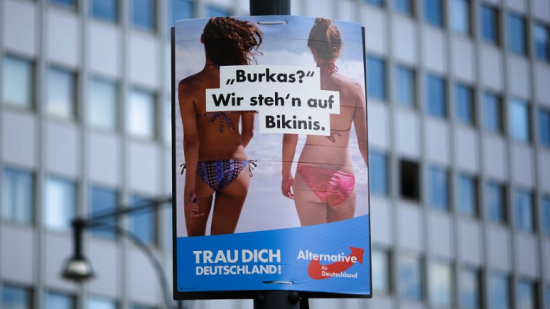 After all, as Spiegel Online reports in its inimitable fashion, the advertising company the Alternative for Germany party has now turned to “has worked with Donald Trump.” So there’s no need to read on. We don’t need to know anything more about them.

To assist in its efforts, the party has tapped Kunkel’s contacts to engage the services of advertising professionals in the United States with experience on the right-wing spectrum. The party is working together with the Texas-based agency Harris Media, which recently presented its plans to the AfD’s national committee. With its provocative and aggressive campaigns, the agency has already contributed to the success of a number of controversial politicians. In Britain, it worked with the anti-EU UKIP party; in Israel, it worked with the governing Likud party; and in the United States, news agency Bloomberg has dubbed company founder Vincent Harris “the man who invented the Republican internet.”

You don’t have to. They’re minding you. Before you even noticed that you minded, too. But once you do start minding, remember to remind yourself that they are only minding you for your own good. So never mind.

Progress at last, I must say. Berlin’s Left party has taken another step forward into the past by banning what they have deemed to be sexist advertising with of half-naked women on city billboards. I couldn’t agree more. I want them all naked. Completely naked. Now.

That image above would also fall under that sexism category, by the way. Like I said, never mind.

“You don’t have to hide your pugs.”

Veiling German women? What a tremendous waste of natural resources that would be.

German Justice Minister Heiko Maas (SPD) said the move to ban ads which “reduce women or men to sexual objects” is an attempt to create a “modern gender image”.

The important thing to note here folks are the three letters S, P and D. Support for Germany’s Social Democratic party has now slumpted to an all-time historical-like low (around 20 percent). But now, at the very latest, we at least understand why.

The plan has been called political correctness gone mad by its critics, who said it was the first step towards a “nanny state”. It comes following a controversy over claims made by a senior politician that schools and canteens in Germany are ‘banning’ the serving of pork to avoid offending Muslim migrants.

“To demand the veiling of women or taming of men, is something known among radical Islamic religious leaders, but not from the German minister of justice.”

Cult: A religion or sect considered to be false, unorthodox, or extremist, with members often living outside of conventional society under the direction of a charismatic leader.

His story has popped up in advertisements for lingerie and a travel agency. His face appears on merchandise ranging from T-shirts to skateboards. His deeds are celebrated in works by artists and musicians.

To find parallels for Mr. Snowden’s current cult-hero status in Germany, you have to go back to Che Guevara or Ho Chi Minh, said Johannes Krempl, an advertising executive in Berlin.

A detergent just got pulled in Germany over a neo-Nazi code? Uh, OK.

The use of Nazi slogans in public is banned in Germany, which neo-Nazis often try to circumvent by using codes. They use “88” to represent the phrase “Heil Hitler,” because “H” is the eighth letter of the alphabet. Similarly, “18” is used to stand for “A.H.” or Adolf Hitler.

But it does kind of rock. I guess.

The dude you can find anywhere. But the women that work in my supermarket just don’t look like that. Well that one does…

Judging from this commercial, German supermakets are much more fun—or at least more bizarre—than their American counterparts.

When you’re a threat you’re always a target.